Today’s full-size pickup trucks are larger and heavier than ever, towering over the other vehicles on the road. The big brutes may draw in customers looking for safety and utility, but the expansive sheet metal, tall hoods and ride heights, and scale-crushing curb weights pose a danger to others, according to a new Consumer Reports story.

The bigger vehicles diminish driver sightlines and increase the vehicle’s blind spots, which can put pedestrians and small vehicles in danger of a frontover collision. According to Consumer Reports, hood heights have grown by 11 percent since 2000, with new trucks weighing 24 percent heavier on average from 2000 to 2018. The publication discovered that trucks have frontal blind spots that are 11 feet longer than some sedans and 7 feet longer than “many popular SUVs” on average, which puts children and the elderly in particular danger.

Consumer Reports also discovered that several pickups fail to offer technology like automatic emergency braking with pedestrian detection as standard equipment, which has been shown to help prevent frontover collisions and reduce injuries. The Chevrolet Colorado and GMC Canyon don’t offer such technology, while Ford makes AEB with pedestrian detection as standard equipment across the F-150’s lineup. Only Ford, Honda, Nissan, and Toyota offer the tech as standard. General Motors and Stellantis told the publication that their trucks would have at least automatic emergency braking by 2022. 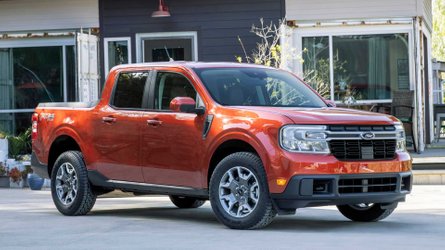 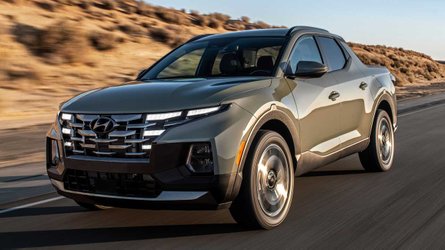 Pedestrian fatalities rose 46 percent over the last decade, which has disproportionately affected low-income people, the elderly and wheelchair users, and children. There’s no immediate solution to growing truck sizes, but making certain safety technologies as standard features could help, as some safety advocates are recommending. State and local governments could also lower speed limits and improve pedestrian and biking infrastructure as well. As CR notes, it’s unlikely that automakers will go against consumers who want these larger vehicles.