Mysterious Pagani Huayra mule spotted, could be the Nurburgring Edition 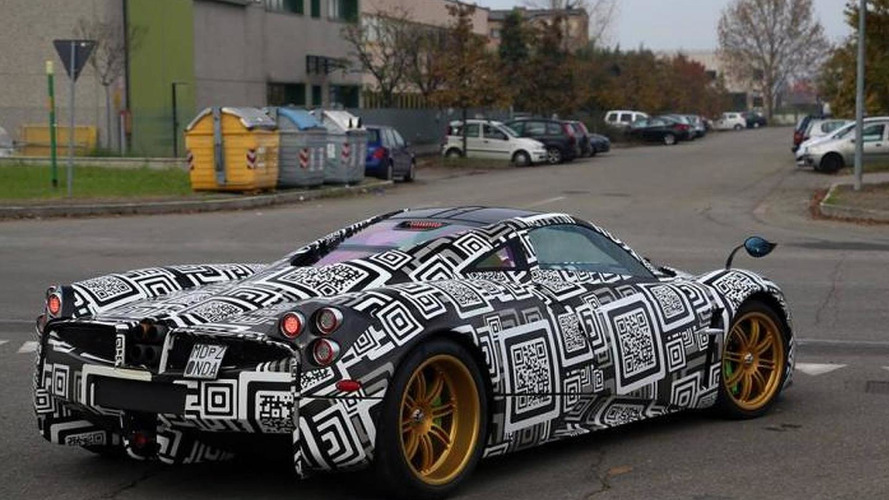 It was June when a report indicated the company is working on a track-focused version of the Huayra. The vehicle was then spotted for the first time near the Nurburgring race track and now we have an unconfirmed new photo of it. This time the test mule is fully camouflaged and wears a special license plate with the word “Z0NDA” on it as a reference to its predecessor.

The production of the model will be reportedly limited to 10-25 units. It is expected to feature more carbon fiber details than the standard Huayra and to be considerably lighter. The AMG V12 6.0-liter twin-turbo engine will likely be tuned beyond the current 710 PS (522 kW) and 1,000 Nm (737 lb-ft) level for a 0-100 km/h (0-62 mph) acceleration in around three seconds.