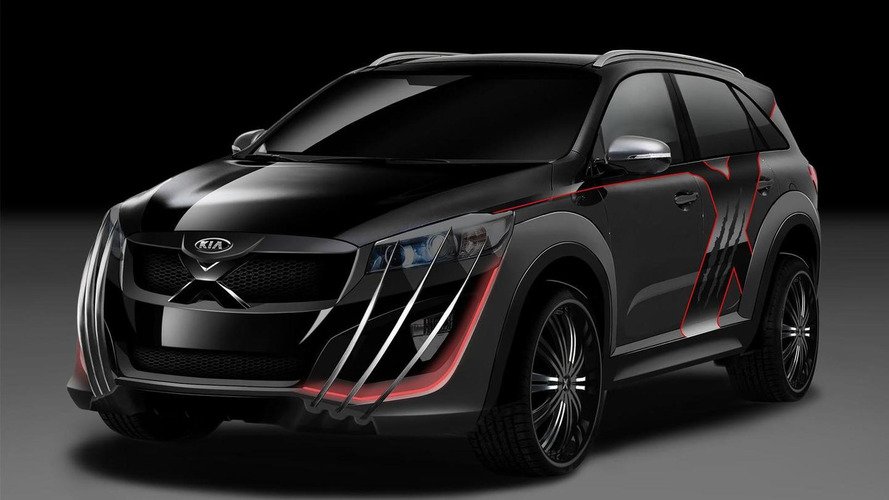 Kia has teamed up with Twentieth Century Fox Home Entertainment for an X-Men themed Sorento.

Kia has teamed up with Twentieth Century Fox Home Entertainment for an X-Men themed Sorento.

The one-off claw-equipped Sorento has been created to promote the upcoming Blu-Ray and DVD release of promote X-Men: Days of Future Past and it will also be used as a marketing tool at next year's Australian Open where Kia is one of the main sponsors. The car will make its public debut on January 19 at Melbourne Park and will be showcased until February 1 but Kia plans on bringing it to major international auto shows later in 2015.

Kia is exhibiting these days in Los Angeles the all-new Sorento (US-spec) set to go on sale as a 2016MY with three engine choices: a 185 bhp 2.4-liter GDI, 240 bhp 2.0-liter GDI turbo and a 290 bhp 3.3-liter V6, with all of them coupled to a six-speed automatic gearbox and optional all-wheel drive.