Fiat Poised To Be All-Electric Automaker By 2030

The 500e is only the beginning.

It was a little over a year ago when Fiat unveiled its new, all-electric 500e. Fiat CEO Olivier François has already confirmed that a hotter electrified Abarth version is in the works, but now we have confirmation that far more electrification will enter Fiat's lineup. In fact, the Italian brand intends to go completely electric before the end of this decade.

That's the word from François himself in a new press release from Fiat's parent company, Stellantis. The announcement is connected to a meeting François had with noted architect Stefano Boeri, perhaps most famous for the Bosco Verticale twin residential towers in Milan covered in trees and vegetation. The two discussed the need to make urgent changes in urban landscapes, which Boeri stated are responsible for 70 percent of global C02 emissions. The announcement comes just ahead of World Environment Day on Saturday, June 5.

"It is our duty to bring to market electric cars that cost no more than those with an internal combustion engine, as soon as we can, in line with the falling costs of batteries," said François "We are exploring the territory of sustainable mobility for all: this is our greatest project. Between 2025 and 2030, our product line-up will gradually become electric-only. This will be a radical change for Fiat."

"Meanwhile, in the near future, only a few months from now, I am proud that we will see the conversion of the legendary track on the roof of the former Lingotto factory in Turin into the largest hanging gardens in Europe, hosting over 28,000 plants," he said. "A major, meaningful – and once again sustainable – project, due to revitalize the city of Turin, our home."

Getting Green With Fiat: 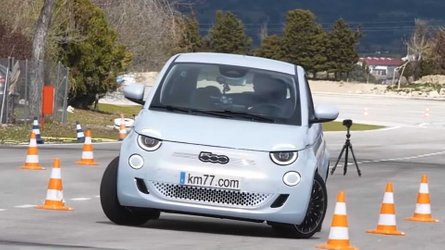 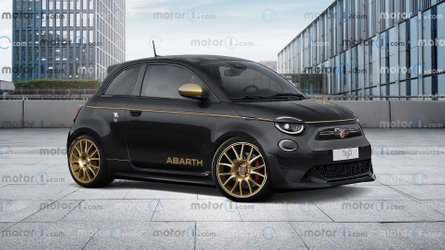 As for Fiat's electric ambitions, though the 500e looks quite similar to internal-combustion-powered versions of the iconic small car, it's actually the first car from the brand built from the ground-up to be an EV. Manufactured in Turin, Italy, the 500e features a 42 kWh battery powering a single electric motor good for 118 horsepower (88 kilowatts). It may not sound like much, but as proven by the Motor1.com Italian team, it's easily the fastest standard Fiat 500 production model of them all.