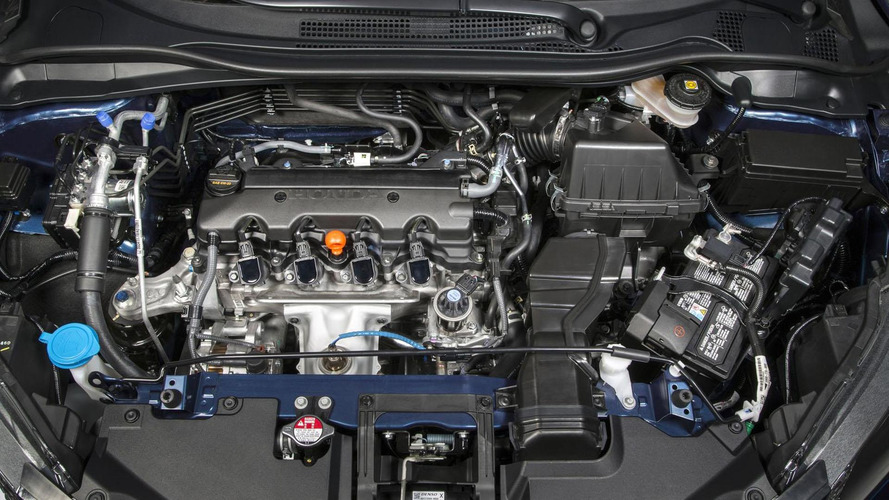 Set to go on sale early next year, the crossover will slot below CR-V and tackle the Chevrolet Trax and Mazda CX-3.

Honda has introduced the 2016 HR-V at the Los Angeles Auto Show.

Set to go on sale early next year, the crossover will slot below CR-V and tackle the Chevrolet Trax and Mazda CX-3.

On the styling front, the HR-V has a distinctive design that incorporates a large grille and sweptback headlights. The crossover has also has dynamic body work and a sporty roofline that is designed to give the model a coupe-like appearance.

The cabin follows in the footsteps of the Fit and adopts soft-touch plastics, brushed chrome trim and piano black accents. Honda also says the car has second-row "Magic Seats" and "one of the most spacious and versatile cabins in its class." Speaking of the latter, the boot holds 24.3 cubic feet (688 liters) of luggage but that can be expanded to 58.8 cubic feet (1665 liters) when the rear seats are folded down.

Power is provided by a 1.8-liter four-cylinder engine that develops 138 bhp (103 kW) and 127 lb-ft (172 Nm) of torque. It can be connected to either a six-speed manual transmission or an optional continuously variable transmission. Front-wheel drive is standard but all-wheel drive is optional on models with the CVT gearbox.