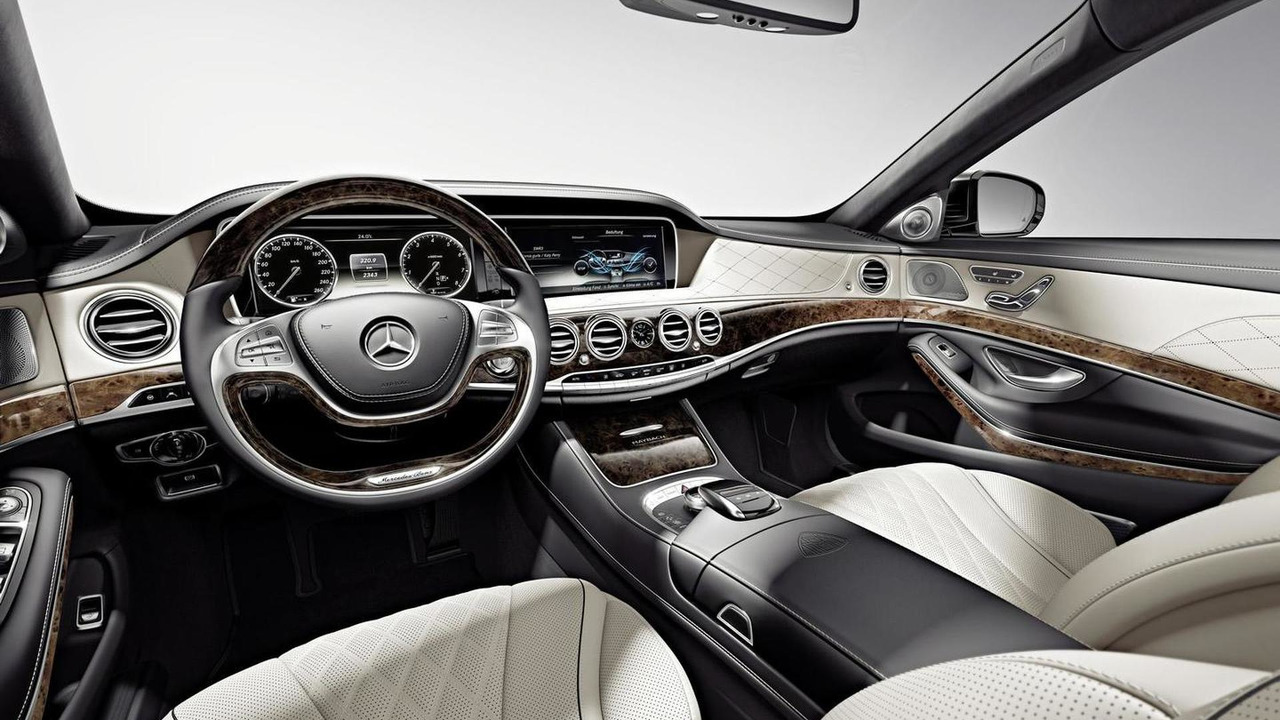 The Mercedes-Maybach S-Class is making its world debut today at the Los Angeles Auto Show.

The Mercedes-Maybach S-Class is making its world debut today at the Los Angeles Auto Show.

Daimler is resurrecting the “Maybach” nameplate with a range-topping edition of the S-Class which has grown in size by 200mm to 5453mm, with all of the added length going into the wheelbase that now measures 3365mm. It can be visually distinguished on the outside by subtle modifications to the front grille along with “Maybach” badging & lettering as well as 66mm shorter rear doors to make room for the third side window which has been relocated into the C pillar.

As expected, most of the changes have occurred on the inside where the rear passengers get to enjoy the additional legroom and standard executive rear seats featuring backrests which are adjusted separately while the footwell and seat reference point remain unchanged. In addition, the cushion can also be adjusted individually (inclination and horizontal).

The Mercedes-Maybach S-Class promises to be the “quietest car in the world” thanks to special seals optimizing the noise insulation along with the installation of additional sound deadening material.

The Mercedes-Maybach S-Class is scheduled to go on sale in February 2015.