No more spy shots, no more leaked technical specifications, no more rumors. Toyota has finally confirmed the all-new Land Cruiser will be making its highly anticipated world premiere on June 9. The big debut will be livestreamed on YouTube for everyone to see, and you can rest assured Motor1.com will be covering the debut event.

This six-second clip is all Toyota is willing to share for the time being, but with the video's title saying "Teaser 1," we're expecting additional videos to be published in the coming days. Most of the Land Cruiser's secrets have already been exposed courtesy of an internal document that leaked some weeks ago, revealing a good chunk of the technical specifications.

Check Out The New Land Cruiser, It's Finally Here: 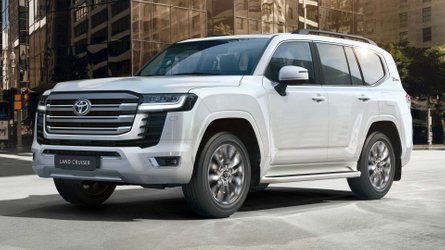 An aluminum roof has been confirmed, while the approach and departure angles along with the ground clearance have largely been carried over from the outgoing LC200. The fuel tank is now 15 liters smaller to shave off weight since the V6 engines are not as thirsty as the V8s they're replacing. The body-on-frame SUV should serve as an indirect preview of the new Tundra since the rugged pickup will be using much of the same underpinnings. 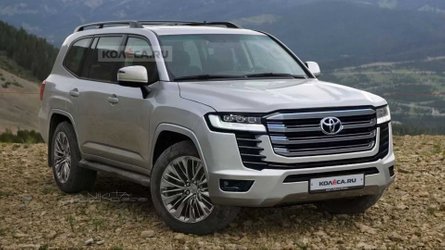 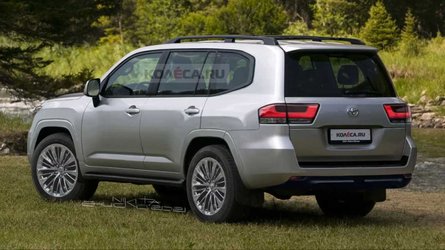 Numerous spy shots have effectively revealed the exterior design with a more modern look without straying too far from the Land Cruiser formula. The interior will be going through some major changes, including a 12.3-inch infotainment, a 14-speaker JBL audio system, and a rear-seat entertainment setup with a pair of 11.6-inch tablets.

Some of the other goodies that have been confirmed already include a head-up display and four-zone automatic climate control, while an underbody camera is also going to be available for serious off-roading. The GR Sport is apparently the only Land Cruiser LC300 flavor to boast the electronic Kinetic Dynamic Suspension System (KDSS) technology with front and rear differential locks.

Join us in a week from tomorrow to finally discover Toyota's next-gen flagship SUV.