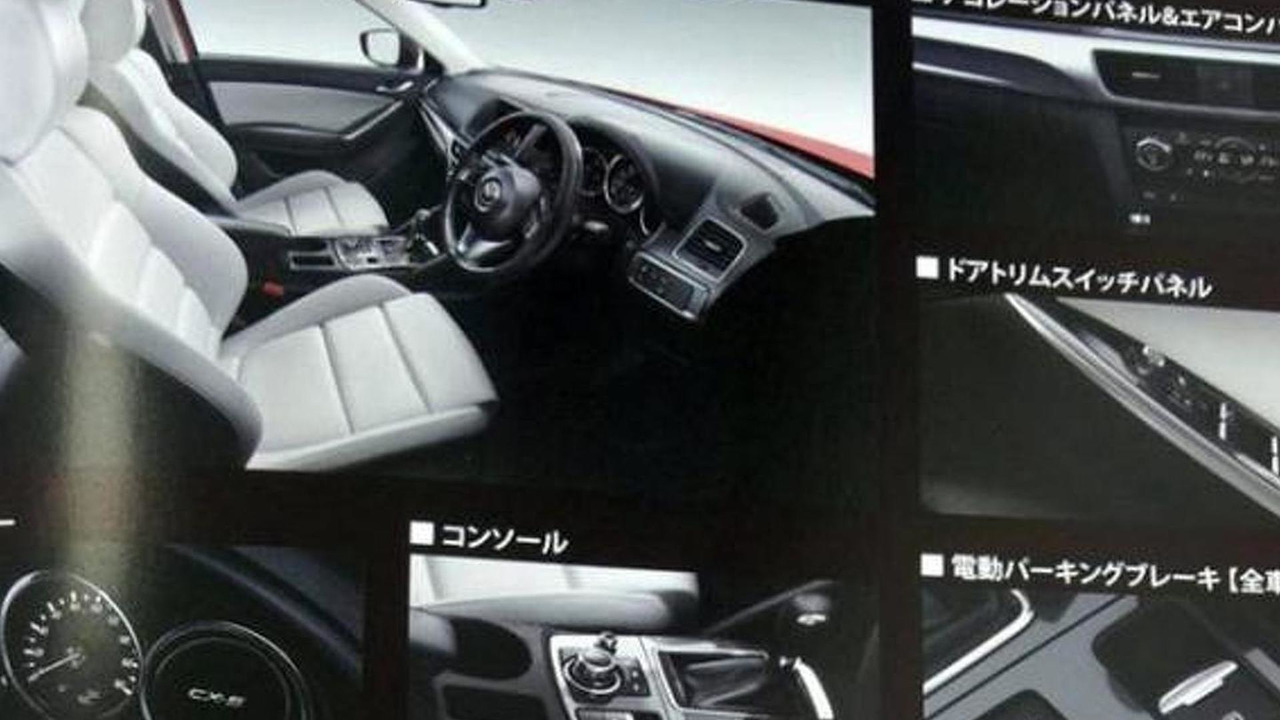 Several images depicting the interior cabin of the Mazda CX-5 facelift have emerged onto the web.

Several images depicting the interior cabin of the Mazda CX-5 facelift have emerged onto the web.

At the beginning of the month we saw Mazda's subtle exterior updates for its stylish crossover and now time has come to take a look inside to see what has changed. There's not a lot to talk about as the modifications are modest at best and include revised controls for the climate control system, chrome framing for the instrument clusters and a reworked rotary knob which controls the infotainment system.

Just like in the Mazda6 facelift, there is an electronic parking brake which frees up some room while additional upholstery and trim options will probably be offered to spice up the cabin. Other changes could be planned but we can't notice them in these low-res photos taken from the JDM-spec CX-5 facelift brochure.

Both the Mazda6 and CX-5 facelifts will premiere later this week at the Los Angeles Auto Show.