However, its arrival date is still a secret.

Rolls-Royce embraced electric vehicles in 2017 when it confirmed that it would skip developing hybrids and go straight to EVs. Since then, rumors have percolated about the company's plans, with the automaker patenting the Silent Shadow name in 2020. Now, though, Rolls CEO Torsten Mueller-Oetvoes has confirmed that development is underway for the creatively named model, which is a nod to the vintage Rolls Silver Shadow.

Details about the new high-end luxury EV aren't available – the company has no desire to let us in on the development process. Mueller-Oetvoes confirmed the news in an interview with Bloomberg Television, according to Automotive News Europe. He said that it would be a "brand-new Rolls-Royce, rest assured." He provided no timeline as to when we'd see the model debut as "That is still a secret," though earlier rumors suggested it'd arrive sometime later in the decade.

The company isn't known for its loud, brash engine noises, as Mueller-Oetvoes notes in the interview, so electrified powertrains fit well into the brand's luxury aesthetic – "it's torquey, it's super silent," he said. Rumors have suggested that Rolls is already testing its EV tech in an all-electric Phantom prototype, though the production vehicle will be a new separate model. The tech BMW will allegedly share with the brand the technology it offers in the iX electric crossover and the i7. 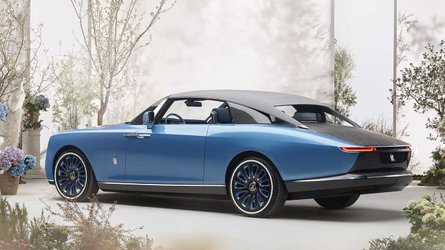 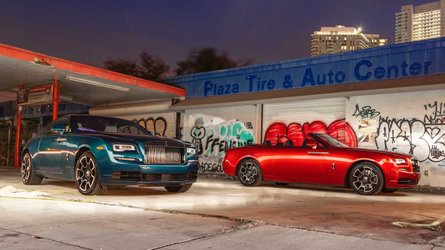 Rolls-Royce Dawn, Wraith Sales Ending In The US

Its design inspiration will allegedly come from the 2016 103EX Concept, with the sleek shape hiding the advanced technology BWM will share with the brand. The concept sported a host of technology, including full autonomy – the interior lacked any vehicle controls whatsoever. Rolls niche status and limited production numbers mean it could be several years before the Silent Shadow hits showrooms, even if government regulators are applying pressure for automakers to shift to EV production. The UK, where Rolls has its headquarters, announced last year that it would ban the sale of new gasoline and diesel cars in the country after 2030.