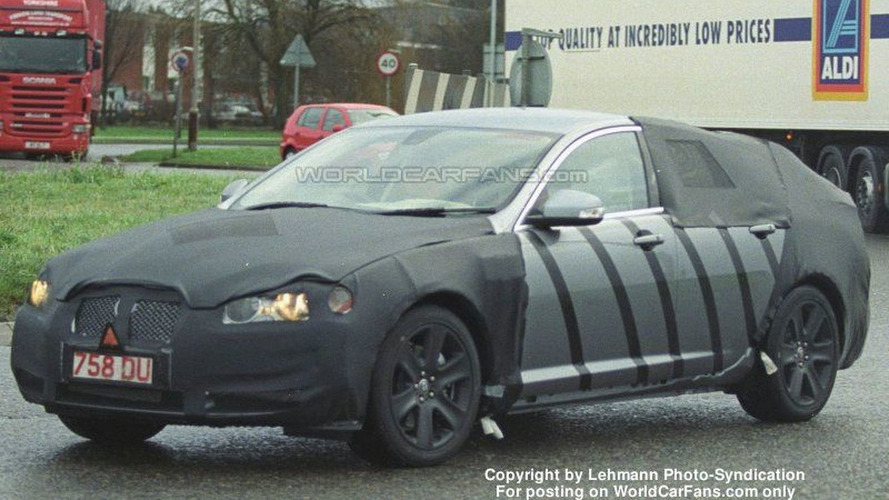 The Ford-owned British sports car maker Jaguar is currently preparing a replacement for the current S-Type, to be named Jaguar XF and scheduled for launch this fall.

The Ford-owned British luxury car maker Jaguar is currently preparing a replacement for the current S-Type, to be named Jaguar XF and scheduled for launch this fall.

Code-named X 250, the new XF aims in particular at buyers of the very successful BMW 5-Series. The current S-Type has been on the market since 1998, and although it had found many faithful buyers, the nostalgic styling turned out not to be for everybody.

Now Jaguar has developed a more modern and futuristic looking car and abandons the old styling. Jaguar introduced the Jaguar C-XF concept car just weeks ago at the Detroit Motor Show. These photos are showing a prototype of the production version caught in Great Britain during secret testing. The car is still disguised at front- and rear end but the computer image suggests how it is expected to look like upon its release which isn't as dramatic as the C-XF concept.

The XF gets power from a range of 6 and 8 cylinder engines including the new 3.2 litre petrol six, first used in the Volvo S 80. Also the 4.2 litre V8 of the current model is expected to be upgraded to 5.0 liters. Transmission is a six-speed automatic.