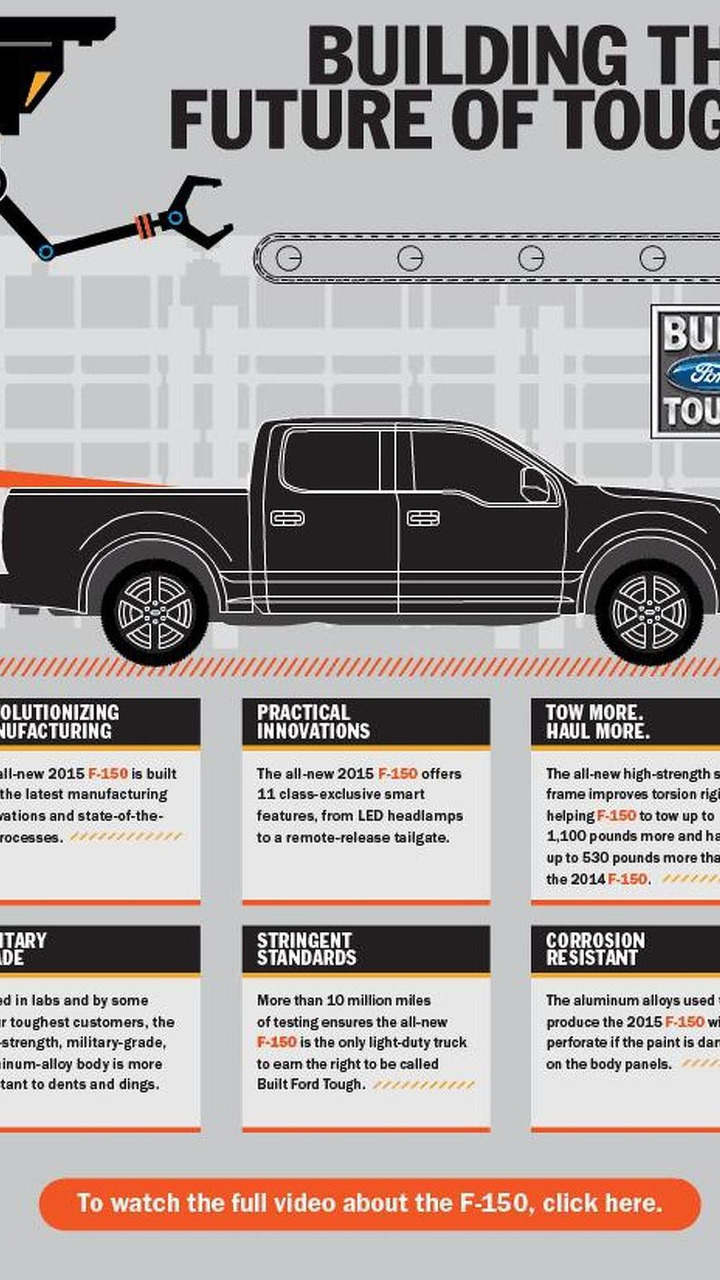 Ford announced production of the aluminum-bodied 2015MY F-150 has commenced today.

Ford has announced production of the aluminum-bodied 2015MY F-150 has commenced today.

Up to 700 lbs (318 kg) lighter than its predecessor, the all-new F-150 is being assembled at the Ford Rouge factory in Dearborn, Michigan where they added 850 employees and 500 robots to get ready for production. The best-selling truck in United States for 37 consecutive years will also be produced at Kansas City Assembly Plant in Claycomo, Missouri starting the first quarter of next year. The combined annual production capacity of both plants will stand at more than 700,000 units which will be delivered to 90 markets globally.