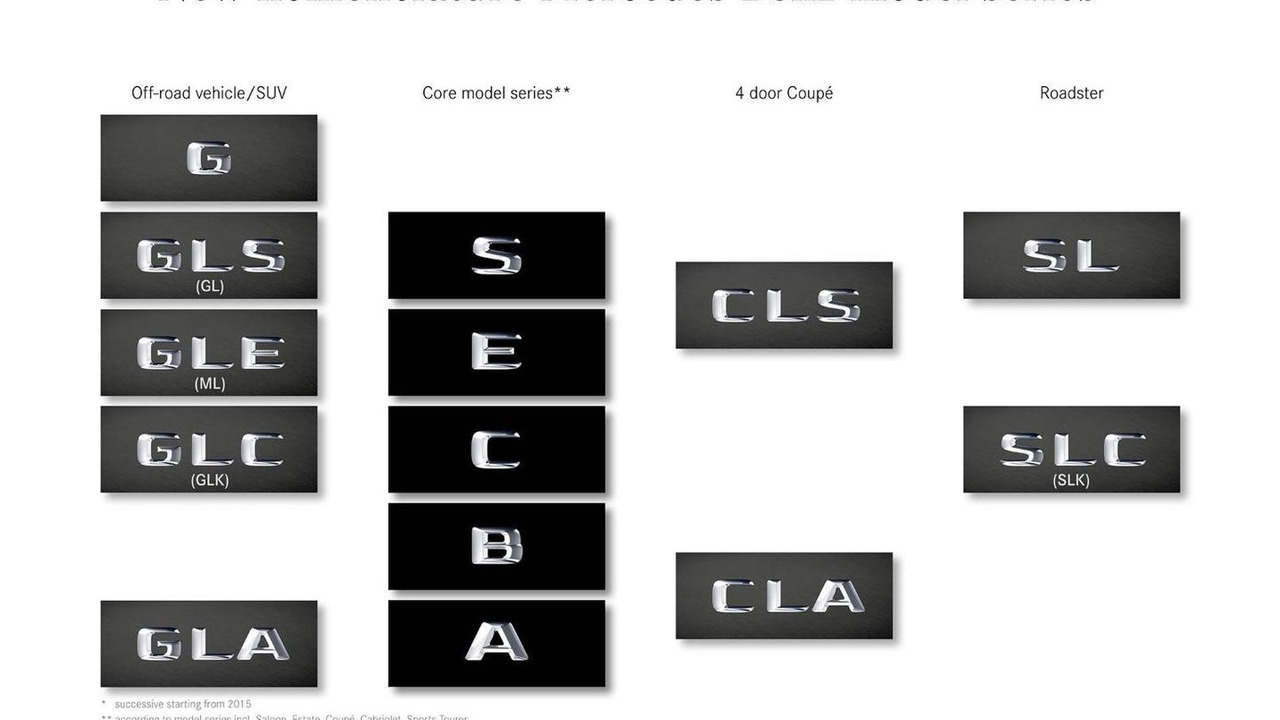 Following a series of rumors, Mercedes-Benz has announced plans to revamp its nomenclature structure.

Following a series of rumors, Mercedes-Benz has announced plans to revamp its nomenclature structure.

Mercedes-Benz considers the A, B, C, E and S as core models (with all of their body styles) which together with the CLA, CLS and SL will keep their current designation. However, the crossover/SUV lineup is about to be thoroughly updated as with the exception of the GLA and G, all the other models will get a different moniker.

The GLK is set to become the GLC, the ML will be commercialized as a GLE while the GL is set to become the GLS. This move makes sense as Mercedes-Benz wants their crossovers & SUVs to get a name indicating the vehicle's size: GLC (C-Class), GLE (E-Class) and GLS (S-Class), along with the already available GLA (A-Class). The same rule will also be applied for the SLK roadster which will get the SLC designation while the legendary G will live on with the same name.

Let's not forget Mercedes-Benz is cooking up a CLA Shooting Brake as well as a GLE "Coupe" derivative to take on the BMW X6 competitor as previewed by the Concept Coupe SUV.

They are also introducing a new nomenclature for the drive systems using a lowercase letter to point out the type of engine used: c - compressed natural gas; d - diesel; e - electric; f - fuel cell and h - hybrid while the gasoline-powered cars will come without the lowercase letter.