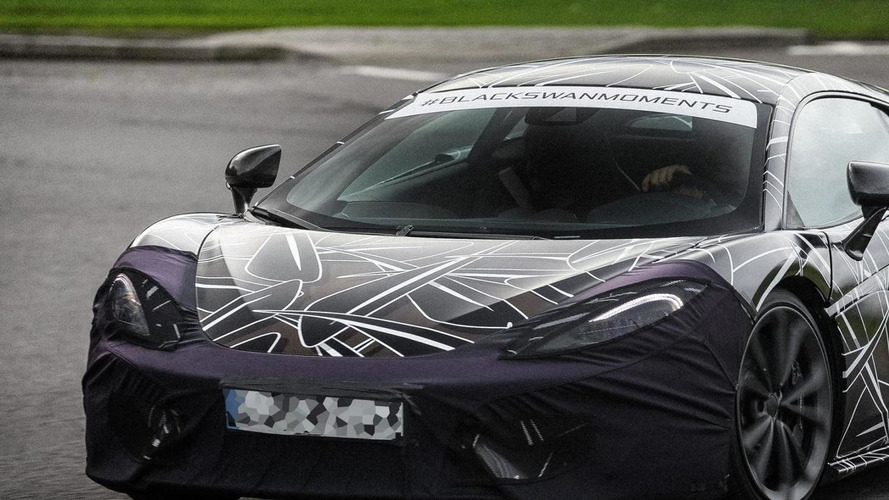 McLaren has released the first official picture of their upcoming Sports Series.

McLaren has released the first official picture of their upcoming Sports Series.

Previously known by its P13 codename, the Sports Series has a familiar design which borrows a number of styling cues from the P1. The camouflage hides a lot of details but we can see an aggressive front bumper, a sculpted hood and LED-infused headlights. Moving further back, there's aerodynamic side skirts, a dynamic green house and P1-inspired mirrors.

McLaren has been coy about specifications but they recently confirmed the model will feature a carbon fiber chassis and a mid-mounted V8 engine. The latter is expected to be a twin-turbo 3.8-liter V8 which has been detuned to produce between 450 bhp (335 kW) and 500 bhp (373 kW).

The model will be introduced in the second quarter of 2015 and the company says it will bring "McLaren credentials and exclusivity to the sportscar segment for the first time."