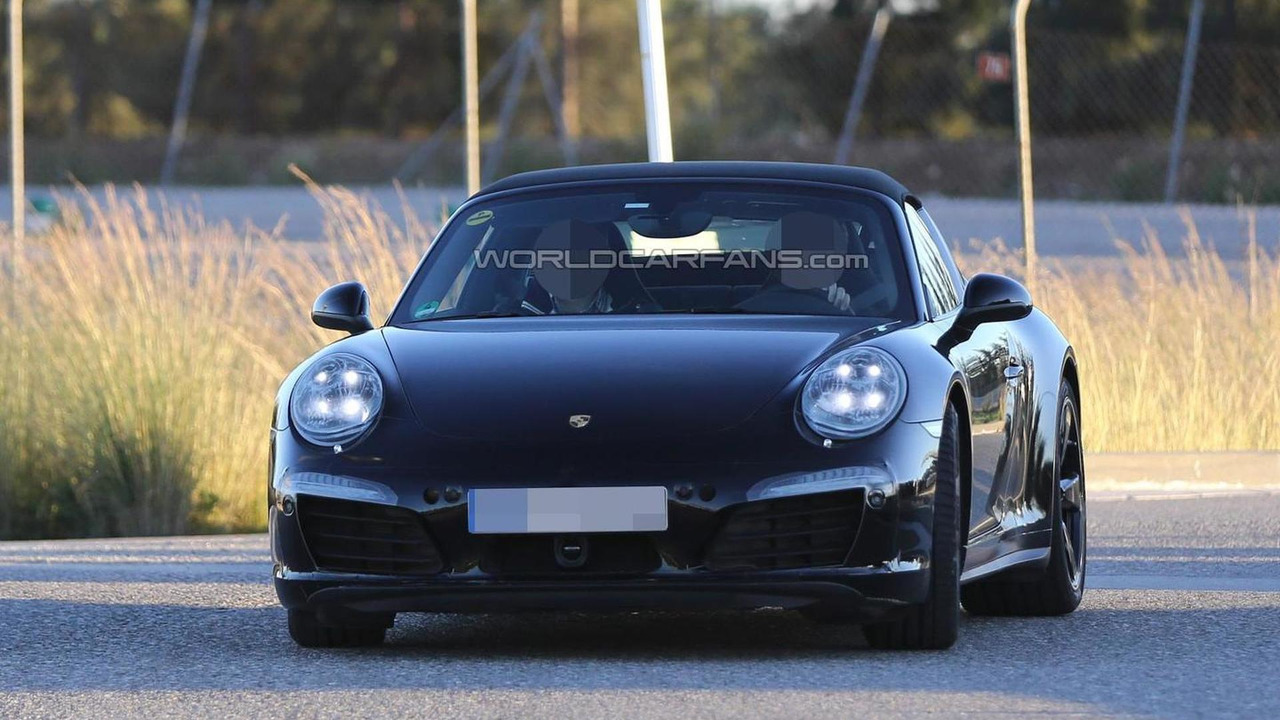 Spy photos show Porsche is in a hurry to prepare a facelift for the still very fresh 911 Targa.

Spy photos show Porsche is in a hurry to prepare a facelift for the still very fresh 911 Targa.

It was January this year at NAIAS in Detroit when Porsche introduced the 911 Targa (991) to the public and it seems a facelift is already being prepared for a possible launch sometime in 2015. The changes are far from being significant as Porsche will be applying a soft nip & tuck to the front and rear bumpers as well as the LED headlights. Also modified are the front air intakes which appear to be bigger while at the back there are centrally-positioned exhaust pipes along with a much wider third brake light and revised taillights.

Aside from these visual enhancements, the 2016 Porsche 911 Targa 4 and 4S facelift is expected to adopt turbocharged engines just like the rest of the refreshed 911 family (except GT3 & GT3 RS). As a consequence, the 350 bhp six-cylinder 3.4-liter inside the Targa 4 along with the 400 bhp six-cylinder 3.8-liter naturally aspirated engines will be dropped to make room for a couple of turbocharged motors that will still continue to work exclusively with an all-wheel drive system.