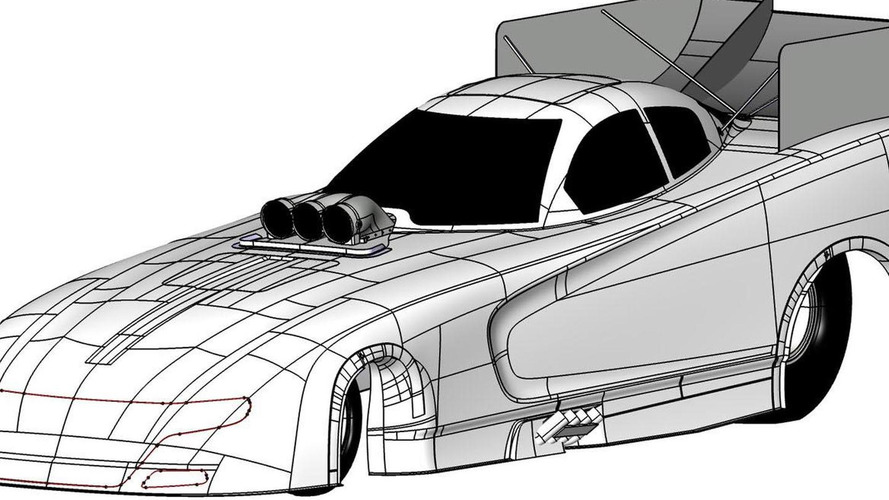 Dodge and Mopar have unveiled the 2015 Charger R/T Funny Car at SEMA.

Dodge and Mopar have unveiled the 2015 Charger R/T Funny Car at SEMA.

Jointly developed with Don Schumacher Racing, the Charger R/T Funny Car features a new one piece body which is constructed from carbon fiber and Kevlar. Designers also worked to make the race car more closely resemble the production model by incorporating the Charger's scalloped sides into the body instead of using stickers to recreate the effect.

Besides the styling tweaks, engineers changed the position and shape of the windshield and greenhouse for improved sight lines. Dodge says this is critical because the cars can hit speeds in excess of 300 mph (483 km/h) during competitions.

The company also says the car is safer as they were able to minimize the "effects of potential destructive forces on the car by providing proper clearance for the injectors, blowers and engine, all while maintaining the series’ sanctioning body’s extensive list of guidelines and standards."

According to Mopar President and CEO Pietro Gorlier, “The process of designing and building this new race car has been a true collaborative effort between our own engineering team (the same one that designs our production Charger and Challenger street vehicles) and Don Schumacher Racing, and we are very excited with what we have brought to fruition. It’s just another great example of Mopar’s continuing commitment to provide quality engineering and performance parts, while staying true to our roots of racing innovation in a year that we are celebrating the 50thanniversary of the iconic 426 Race HEMI® engine.”