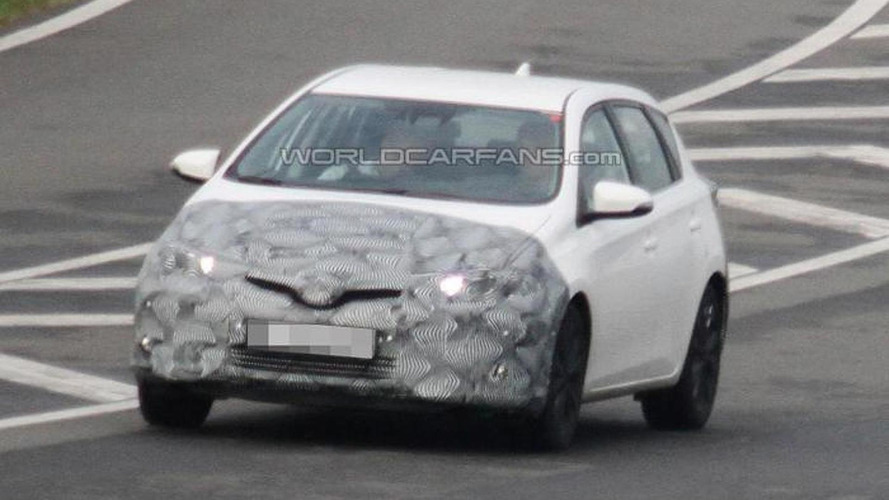 The Toyota Auris facelift has been spied for the first time ahead of next year’s probable launch.

The Toyota Auris facelift has been spied for the first time ahead of next year’s probable launch.

It seems Toyota is not only working on a high-riding Cross derivative of the Auris but they are also preparing a facelift for the regular model. Based on what we can see from these long-distance and grainy spy shots, the five-door hatchback is about to get a modest nip and tuck which will include revisions to both bumpers and what appear to be slightly restyled headlights & taillights along with horizontal rear reflectors.

Some modest tweaks inside the cabin are expected as well while the engine lineup will probably be carried over. Depending on the market, the Auris is available with a 98 bhp 1.33-liter gasoline engine, a beefier 130 bhp 1.6-liter Valvematic along with a more frugal 1.4 D-4D diesel rated at 89 bhp (66 kW) and 205 Nm (151 lb-ft) of torque.

An official reveal of the Toyota Auris hatchback and wagon facelift will occur at a major auto show next year.