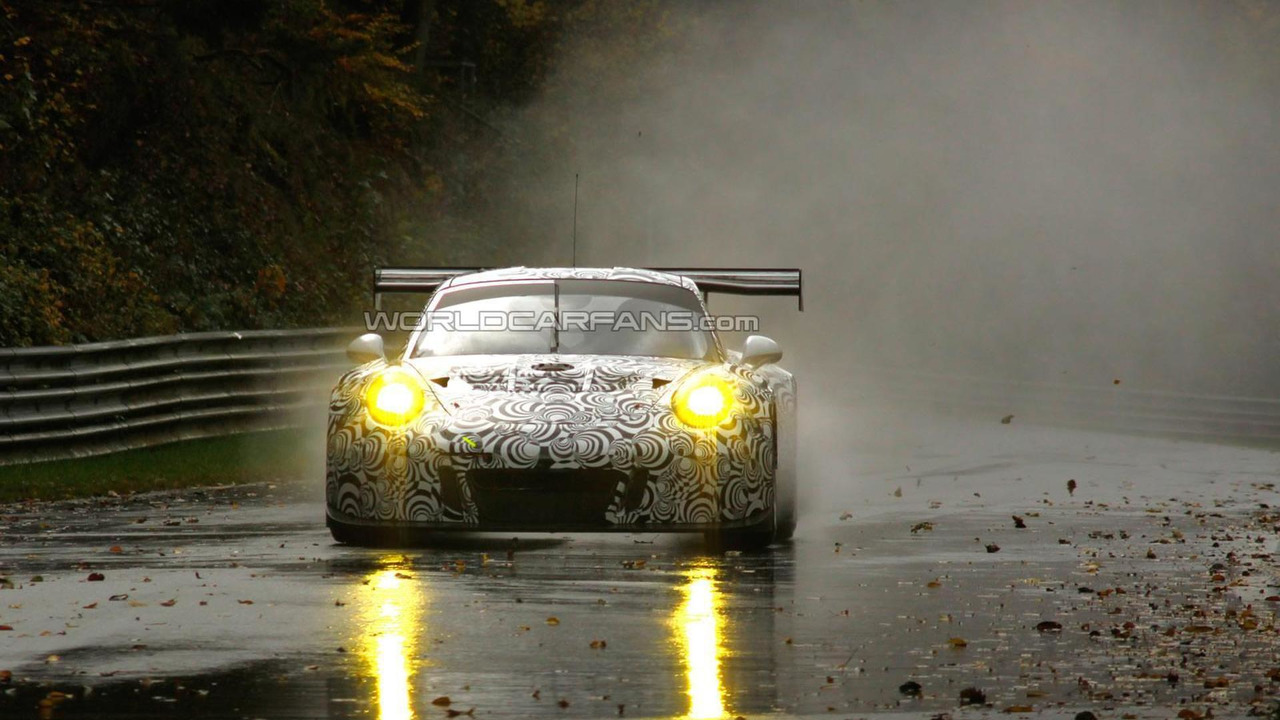 We just received a first batch of spy shots depicting what appears to be the 2015 Porsche 911 RSR testing at the Nürburgring.

We just received a first batch of spy shots depicting what appears to be the 2015 Porsche 911 RSR testing at the Nürburgring.

The beginning of the week on the 'Ring was reserved to automakers wanting to test their racecars and besides the Audi R8 LMS Ultra prototype our spies also caught on camera an updated Porsche 911 RSR. It’s the first revision for the 991-based RSR which takes part in the World Endurance Championship.

The prototype was wearing a full-body camouflage hiding what will likely be several aerodynamic tweaks, including a significantly larger front spoiler lip, different side skirts and an updated rear bumper. Moreover, the rear wing seems to be bigger and we also notice some vents between the taillights. Some of the body changes will likely make more use of carbon fiber to further lower the car's weight.

There's no word about the engine but we remind you the 2014 Porsche 911 RSR is powered by a six-cylinder 4.0-liter boxer with 470 HP (346 kW) working with a six-speed sequential racing gearbox.

An official reveal of the 2015 911 RSR will likely occur early next year.