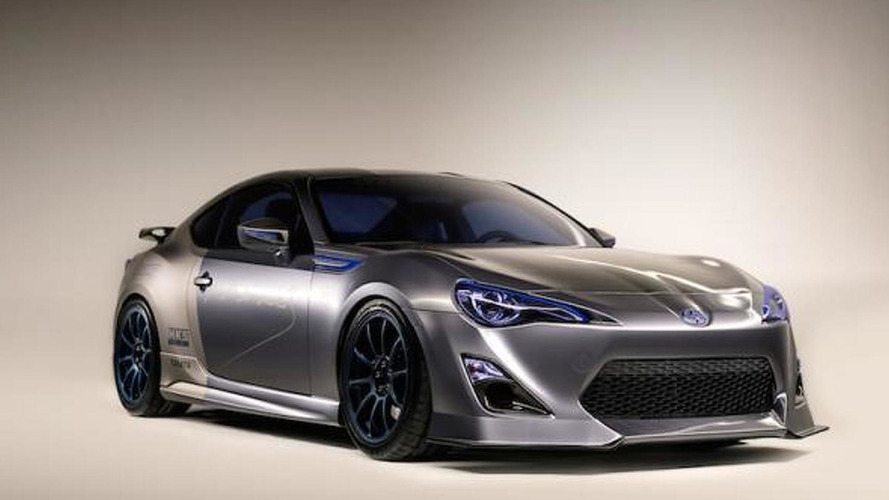 The Scion Tuner Challenge projects have been unveiled ahead of their debut at the SEMA show next week.

The Scion Tuner Challenge projects have been unveiled ahead of their debut at the SEMA show next week.

Scion's annual challenge invites tuners to apply $15,000 worth of modifications in a 90-day interval on a Scion for the SEMA show and this year rather than giving the cars to tuners, Scion decided to ask three media outlets to participate in the project: Super Street, Speedhunters and GT Channel.

First up, the FR-S by Super Street like all customized cars is based on the Release Series 1.0 but with a wider body, 18-inch wheels, six-piston front & four-piston rear Wilwood brakes as well as a KW clubsport coilover suspension and an Eibach rear camber kit. Inside it gets Recaro Sportster CS seats, six-point rollcage, quick-release steering wheel and uprated sound system. A lot of work has also been put in the engine which benefits among other from a Borla header, catback exhaust with quad tips and Wilwood master cylinder kit.

Second on the list is the FR-S by Speedhunters with a custom front splitter and rear diffuser as well as tinted Lexon taillights and an AeroJacket trunk. The cabin boasts bespoke leather trim, bucket seats, four-point rollcage, quick-release steering wheel hub and four-point harness. The 2.0-liter boxer engine has received a Cosworth supercharger kit as well as a three-inch single exit exhaust.

Last but not least, the Scion FR-S by GT Channel has TRD headlights, side fenders and side skirts, Avest rear wing and mirrors, along with a carbon hood, rear diffuser and trunk cover. There's a TRD steering wheel inside the cabin where the customized FR-S also has Recaro seats, Takata harnesses and a TRD shift knob. Other upgrades include KW Suspension Clubsport coilovers and a HKS GT supercharger kit for the engine which also gets a Ganador exhaust.

Aside from these three cars, Scion will also be showcasing a targa FR-S along with customized xB and tC models at the Specialty Equipment Market Association show which will take place between November 4 and 7 at the Las Vegas Convention Center.

Full specifications of all three cars can be found at the source links below.