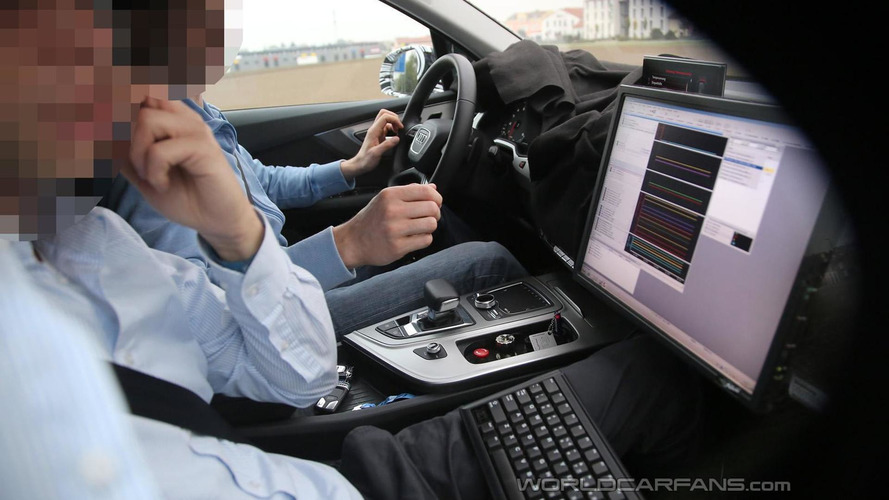 Today we bring the most revealing interior spy shots of the forthcoming second generation Audi Q7.

Today we bring the most revealing interior spy shots of the forthcoming second generation Audi Q7.

First up, we notice there's a brand new four-spoke multi-function steering wheel while behind there are shift paddles and what appear to be analog dials which for the production-ready version will probably be replaced with a digital configuration similar to what we have already seen in the new TT and Volkswagen Passat.

Audi has installed a much larger touchpad and right in front of it on the center console there are several silver buttons and on the upper section the controversial standalone touchscreen display will be there as well. Since this wasn't a finished product, it shouldn't come as a surprise there's a red emergency button in case something goes wrong during testing.

Likely arriving in January at 2015 NAIAS in Detroit with matrix LED headlights, the overhauled Audi Q7 will lose as much as 363 kg (800 lbs) as a result of switching to the new MLB Evo platform all wrapped around in an evolutionary design and the usual array of six- and eight-cylinder gasoline and diesel engines.

PS: If you haven't noticed, the engineer's keyboard is missing the Control key.