When is a luxurious Hyundai not a Genesis? When it's the Grandeur.

The Hyundai Grandeur has an interesting history. It started off as a rebadged Mitsubishi Debonair in the late 1980s and it wasn't until the fourth generation introduced in 2005 when it switched to an in-house platform shared with the Sonata. It was originally intended as a flagship car, but it lost that status in 1996 when the larger and more luxurious Dynasty was launched.

The Dynasty was axed in 2005 and the Grandeur regained its position as the range-topping model, only to lose it again three years later when the Hyundai Genesis came out. Fast forward to 2015 when Genesis evolved to a standalone luxury brand, the Grandeur was once again promoted to Hyundai flagship status.

In its sixth iteration since October 2016, the Grandeur (also known as Azera in some markets) received a mid-cycle facelift a little over three years ago. Hyundai is giving its range-topping sedan a special edition at home in South Korea named after the French word for "white." The new Le Blanc does what it says on the tin by featuring a predominantly white interior.

It's a bold choice for sure, and one that you would expect from a Genesis model rather than a mainstream Hyundai. Other updates introduced for the 2021 model year include additional safety and driver assistance systems along with a new beige and black interior scheme. Interestingly, there are also N Performance parts available for the Grandeur, such as 19-inch lightweight wheels, larger brakes with red aluminum calipers, and a sports-tuned suspension.

Or Would You Prefer A Genesis? 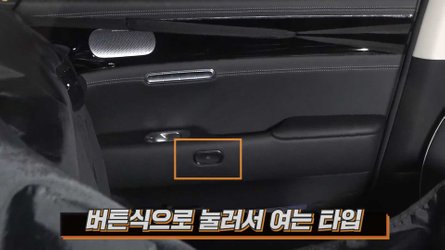 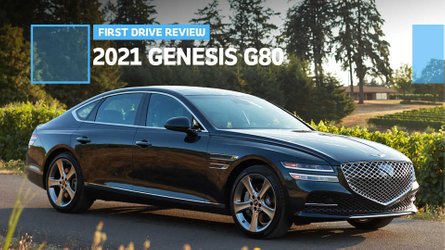 This is likely the final update for the current-gen Grandeur as reports from Korea are indicating the all-new model will arrive next year and will allow the sedan to stretch at over five meters (nearly 197 inches) for the first time.