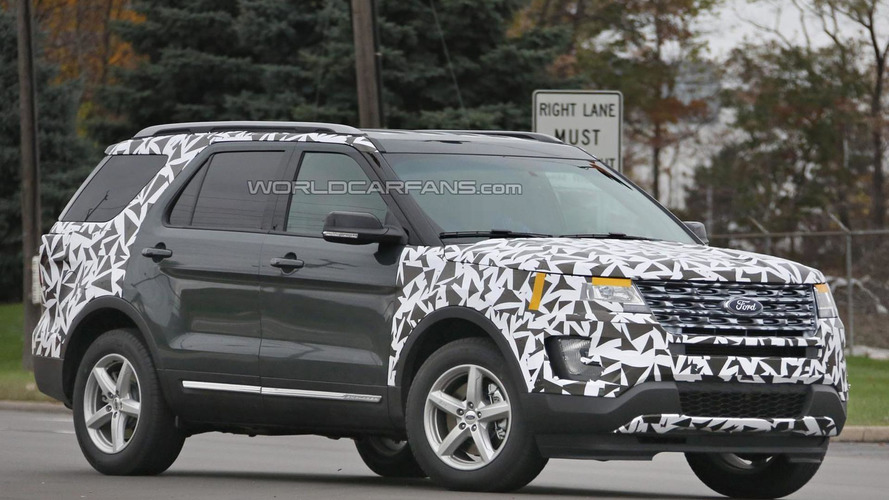 Ford has announced plans to introduce the facelifted 2016 Explorer at the Los Angeles Auto Show on November 19th.

Ford has announced plans to introduce the facelifted 2016 Explorer at the Los Angeles Auto Show on November 19th.

The company is keeping details under wraps but they confirmed the crossover will go on sale next year and feature a "new look, added capability and additional driver-assist technology." That's pretty vague but previous spy photos have shown the model will adopt a new front fascia with a smaller grille and restyled headlights.

In a statement, Ford executive vice president of Global Marketing, Sales and Service said “The new Explorer is still the SUV America fell in love with – a vehicle built for the perfect family adventure." Jim Farley went on to say "[The] Explorer is the foundation of Ford’s full line of award-winning utility vehicles, which is helping the Ford brand grow around the world.