Ex-Ice Cube 1992 Acura NSX Convertible Is Up For Sale

Not exactly our cup of tea but it's not terrible.

The original Acura NSX remains one of Japan’s finest cars in history. In turn, Ice Cube is among the most successful rappers in the world. When you combine the two legends, you get the car that’s featured in the attached gallery below. And it’s currently up for grabs.

This is no ordinary NSX, obviously. First, it’s a one-off convertible - a full convertible, we’d say, and not just a targa of some sort. The modifications to the roof don't seem particularly professional, to say honestly, as there don’t seem to be any reinforcements to the vehicle’s construction to compensate for the compromised rigidity.

Aside from that, it’s definitely a sleek-looking machine, though we’d be happier with the factory wheels rather than this aftermarket set. The interior looks nice and clean, and this shouldn’t really come as a surprise given the relatively low mileage (45,575 miles). Most of the interior is stock, except for the aftermarket infotainment system with a touchscreen display integrated into the center console.

We don’t know the detailed history of the car, but we know Ice Cube bought it in 1992. We couldn’t find enough evidence to support the claim the rapper and actor commissioned the convertible transformation, though it was reportedly done by Newport Convertible Engineering. We are not here to judge, but in our honest opinion, the NSX looks better as a coupe. 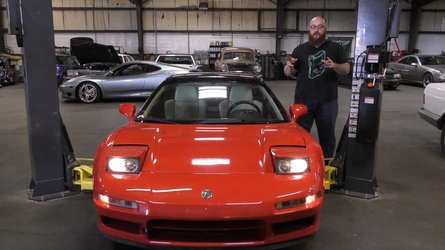 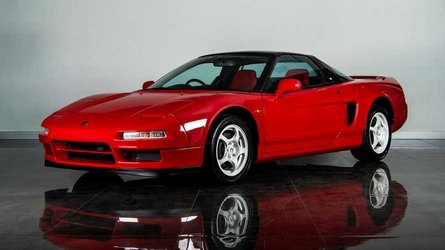 Owners May Soon Get Their First-Gen Acura NSX Restored In The U.S.

It may not be the prettiest sports car available, but it’s relatively cheap for a first-gen NSX. It is currently listed by Classic Cars of Sarasota, which wants $39,500 for the car. This is probably not the final price and we bet if you show up with $38,000 you’ll be driving away in an NSX convertible.