What difference does additional horsepower make?

The BMW M5 blurs the line between being classy and sporty, offering supercar territory power figures in a four-door, three-box package. But the top-dog M5 Competition isn't the only performance-oriented model in the range. There's also the M550i that has the same engine as the full-fledged M model but slightly detuned for BMW reasons.

What difference does that power gap make? You'll find out in the drag race video uploaded by Carwow on YouTube. Better yet, the British website added a wildcard in the comparison.

Meet, the modified BMW M5 tuned by Evolve. It looks unassuming on the outside but under the hood lies a rebuilt engine complete with revamped intakes and forged pistons and other what-nots. The final power output? 1,000 metric horses (735 kilowatts) and 811 pound-feet (1,100 Newton-meters) of torque. Now, that's a lot of power, plus a glorious-sounding exhaust to boot. 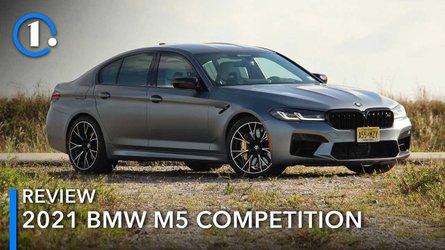 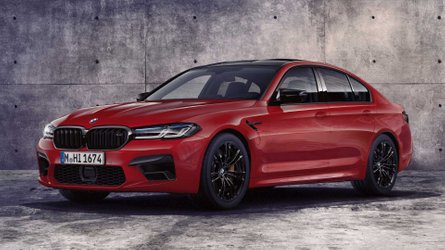 But as always, we all know that it's not all about numbers and figures. Apart from obvious differences in driver skills, launching comes into play especially when you're talking about tremendous amounts of power sent to damp ground. Of note, all of these cars send power to all four wheels, so they're literally and figuratively on the same ground in terms of traction.

You'll know what I mean when you watch the drag race video above and more importantly, know the difference that additional horsepower can make.

When you're done watching, let us know what you think in the comments section below. We love hearing from you.