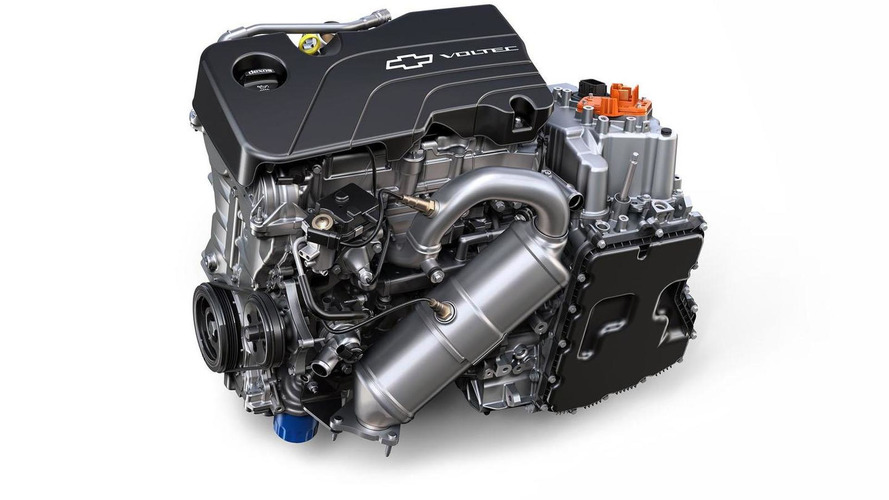 Set to debut at the 2015 North American International Auto Show, the next-generation Volt will feature an all-new Voltec powertrain that consists of a battery, a drive unit, a range-extending engine and related electronics.

The car's new battery, developed in conjunction with LG Chem, features a revised cell chemistry that "increases storage capacity by 20 percent on a volume basis when compared to the original cell." The new battery is almost 30 lbs (13 kg) lighter than the previous unit and will be mounted lower in the car to reduce the Volt's center of gravity.

Chevrolet will provide electric range estimates at the North American International Auto Show but Larry Nitz, executive director of GM Powertrain’s electrification engineering team, hinted “It would have been simple for us to tweak our existing battery to provide nominally increased range, but that’s not what our customers want. So our team created a new battery system that will exceed the performance expectations of most of our owners.” This implies the 2016 Volt will far exceed the previous model's 38 mile (61 km) electric-only range.

The company also confirmed the 2016 Volt will have a new two-motor drive unit that weighs 100 lbs (45 kg) less than its predecessor and is approximately 5-12 percent more efficient. Chevrolet went on to say there will be a boost in performance from both motors operating together in more driving scenarios, in both EV and extended-range operation. That's a little vague but the company says the use both motors helps to deliver more than a 20 percent improvement in electric acceleration.