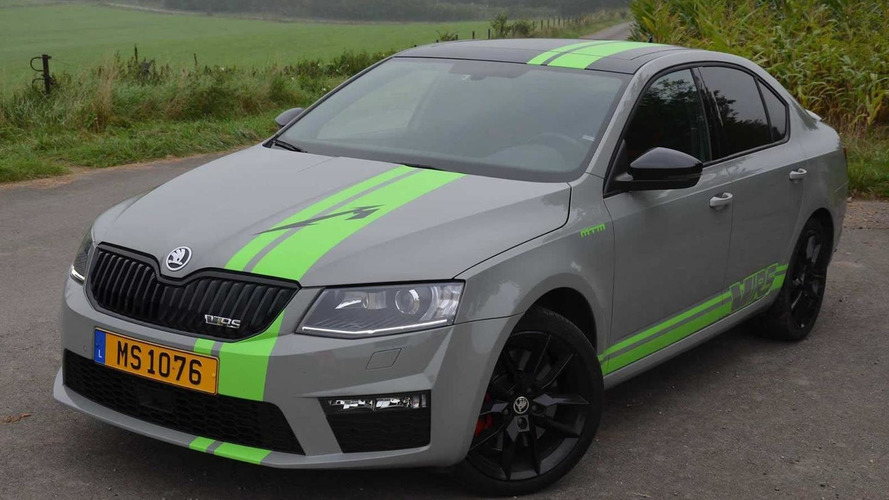 MTM has released a power package for the third generation Skoda Octavia vRS. Power bumped from 220 HP to 304 HP.

MTM has released a power package for the third generation Skoda Octavia vRS.

The German tuner worked on the gasoline version equipped with a four-cylinder 2.0-liter TSI which in its standard configuration generates 220 HP (162 kW) but it has now been upgraded to no less than 304 HP (224 kW). Aside from the power bump, this Meteor Grey Octavia vRS liftback also received an Apple Green matte stripe package from Autofolierung Zapp.

We remind you that our spies have already photographed what could turn out to be the rumored Skoda Octavia vRS+ developed to celebrate the 40th anniversary of the 130 RS. Scheduled to come out in 2015, the more potent yet still front-wheel drive Octavia vRS is expected to offer 280 HP (206 kW) from a Volkswagen Golf R-sourced 2.0-liter four-cylinder turbocharged gasoline engine. Also part of the package should be a quad-pipe exhaust system and a limited slip differential while the 0-62 mph (0-100 km/h) sprint time is estimated to drop from 6.8 seconds to around 6s and chances are the top speed will increase from the current 154 mph (248 km/h).