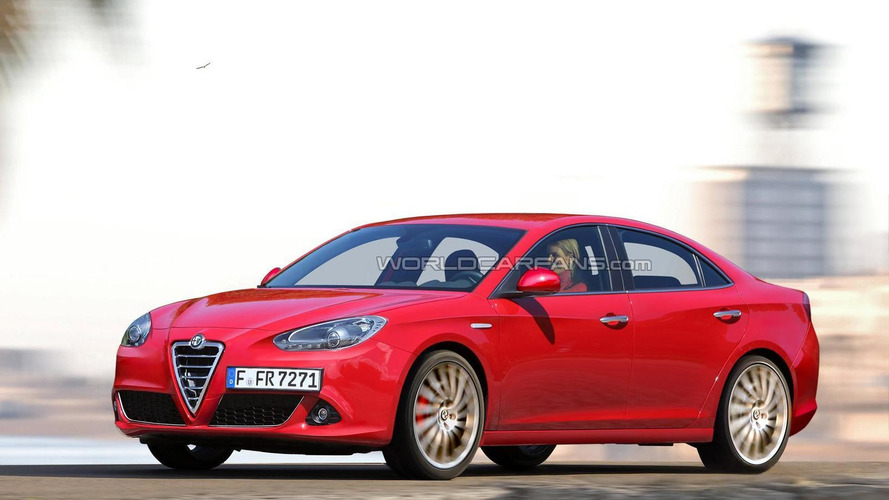 The revived Alfa Romeo Giulia has been rendered once again ahead of next year's possible launch.

The revived Alfa Romeo Giulia has been rendered once again ahead of next year's possible launch.

A new sedan wearing the Alfa Romeo badge is long overdue but we won't have to wait that much longer as the Italian marque has confirmed an all-new model for 2015 and chances are it will be the Giulia. Codenamed "Tipo 952", the vehicle has already been spotted testing wearing the Maserati Ghibli body and now it has been rendered once again but this time with more down-to-earth looks compared to previous renders.

Sitting on the new Maserati-developed Giorgio platform, the rear-wheel drive Alfa Romeo Giulia will be powered by several four-cylinder gasoline and diesel turbocharged engines which will be topped by a twin-turbo V6 3.0-liter with 480 - 520 bhp (358 - 387 kW) in the rumored GTA variant. This flagship derivative is expected to get a limited slip differential and a dual-clutch gearbox while the 0-62 mph (0-100 km/h) sprint should take less than four seconds, a time which sounds a bit overoptimistic.

Expect the Alfa Romeo Giulia to show up at a major auto show next year, possibly in Geneva (March) or Frankfurt (September).