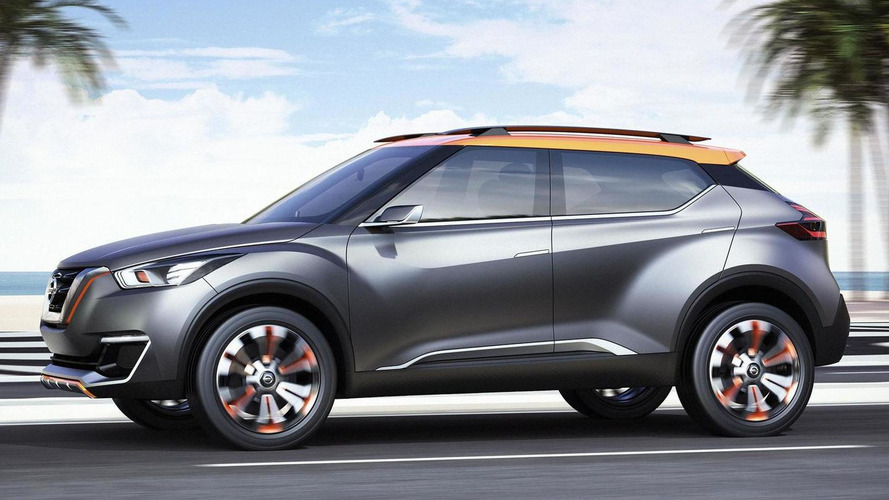 Following a couple of teasers, Nissan has unveiled the Kicks concept ahead of the Sao Paulo Motor Show in Brazil.

Following a couple of teasers, Nissan has unveiled the Kicks concept ahead of the Sao Paulo Motor Show in Brazil.

Nissan seems to be preparing yet another crossover to sit alongside the Juke, Qashqai and X-Trail as another high-riding vehicle will reach production for the Brazilian market. The Kicks concept is a taste of what's to come for "today's fast-moving Brazilian professionals" but Nissan says they are seriously taking into consideration offering the crossover in other countries as a cheaper alternative to the Juke.

The Kicks concept was styled at Nissan's design studios in North and South America and comes with large 19-inch alloy wheels and the typical crossover cues like the muscular bumpers, roof rails and raised driving position along with the firm's corporate V-shaped front grille. It is 4300mm long, 1800mm wide and 1600mm tall, with a 2620mm wheelbase while details about the engine have not been released.

The Nissan Kicks concept will make its public debut on Thursday at the 2014 Sao Paulo Motor Show, the same venue where two years ago Nissan brought the EXTREM concept.