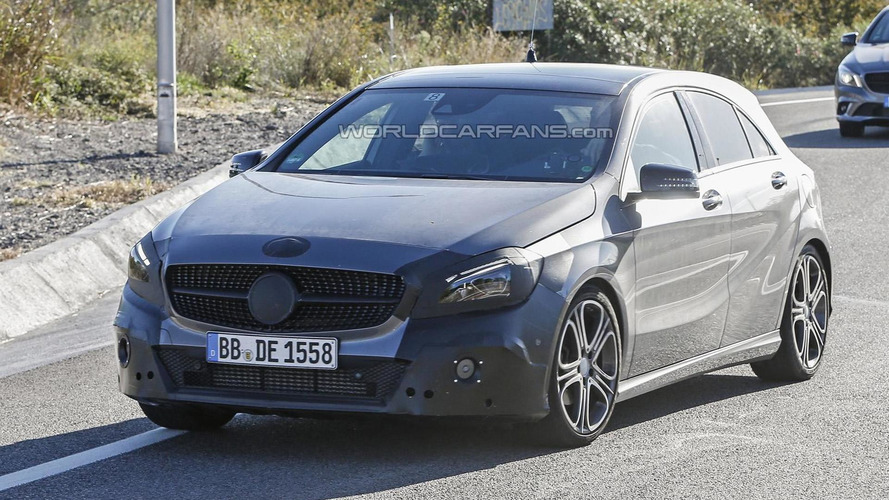 We received a first batch of spy photos with next year's facelifted Mercedes-Benz A-Class.

We received a first batch of spy photos with next year's facelifted Mercedes-Benz A-Class.

Mercedes-Benz applied a minor facelift on the B-Class in time for the Paris Motor Show this month and now they are preparing a similar makeover for its smaller brother, the A-Class. There's not much to talk about in terms of styling tweaks as the prototype seen here carries camouflage only on the front bumper and headlights & taillights.

The vehicle spotted in these spy images was equipped with the diamond-studded front grille which could indicate the prototype was probably an A250 Sport in front-wheel drive guise featuring a 211 HP (155 kW) 2.0-liter four-cylinder engine coupled to a seven-speed dual-clutch gearbox. In this configuration, the A-Class runs the 0-62 mph (0-100 km/h) sprint in 6.6 seconds (6.5s for 4MATIC version) and tops out at 149 mph (240 km/h).

The B-Class facelift will probably be introduced in September 2015 at the Frankfurt Motor Show but Mercedes-Benz could decide to show it as early as March at the Geneva show.