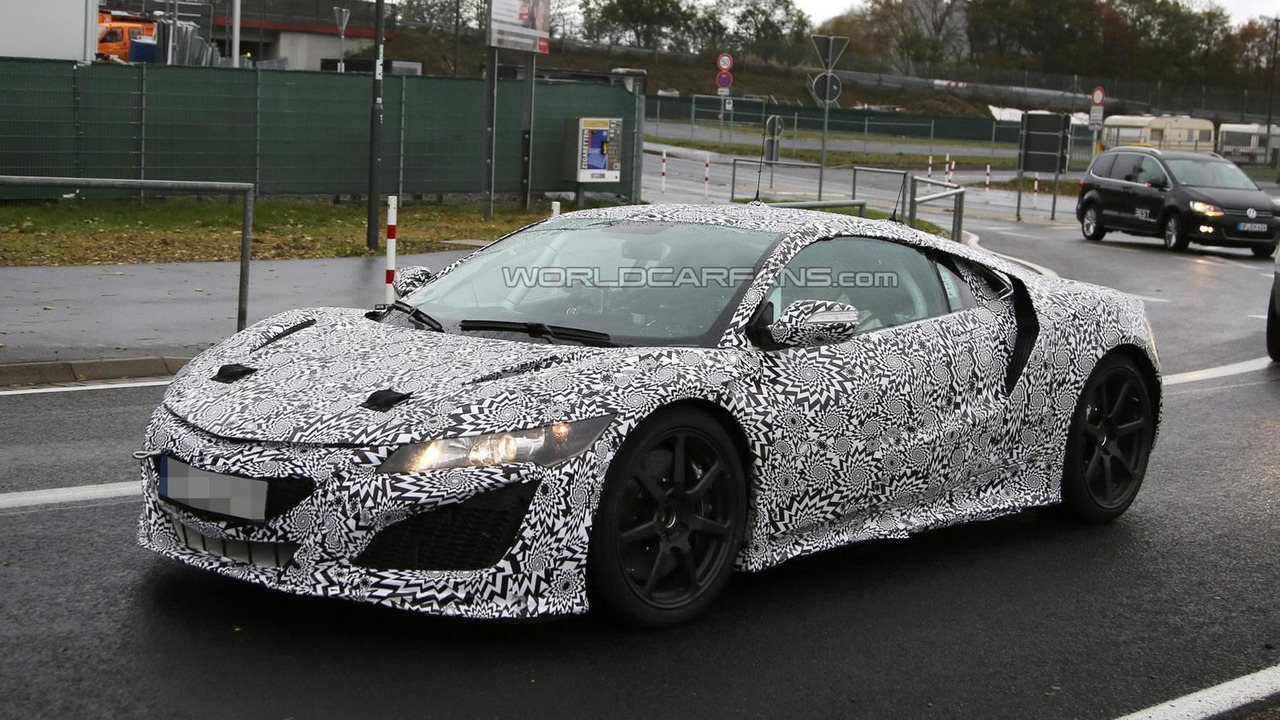 A camouflaged prototype of the Honda/Acura NSX has been caught on camera testing near the Nürburgring in Germany.

A camouflaged prototype of the Honda/Acura NSX has been caught on camera testing near the Nürburgring in Germany.

We won't blame you if it's getting a bit boring to see the NSX revival still hiding underneath the camo taking into account the concept was unveiled almost three years ago and updated in January 2013 for NAIAS. Spotted here is a prototype carrying the production body while undergoing final testing ahead of next year's programmed market release.

Promising to offer Ferrari 458 Italia performance for the price of an Audi R8, the second generation NSX will take the hybrid path by mixing up a twin-turbo V6 driving the rear axle with three electric motors powering the front wheels. Honda calls this hardware arrangement a Sport Hybrid Super Handling All Wheel Drive (SH-AWD) which also includes a newly developed dual-clutch gearbox incorporating one of the electric motors.

Production of the new Honda/Acura NSX will take place in Ohio at the Honda Performance Manufacturing Center and the model is scheduled to go on sale sometime next year.