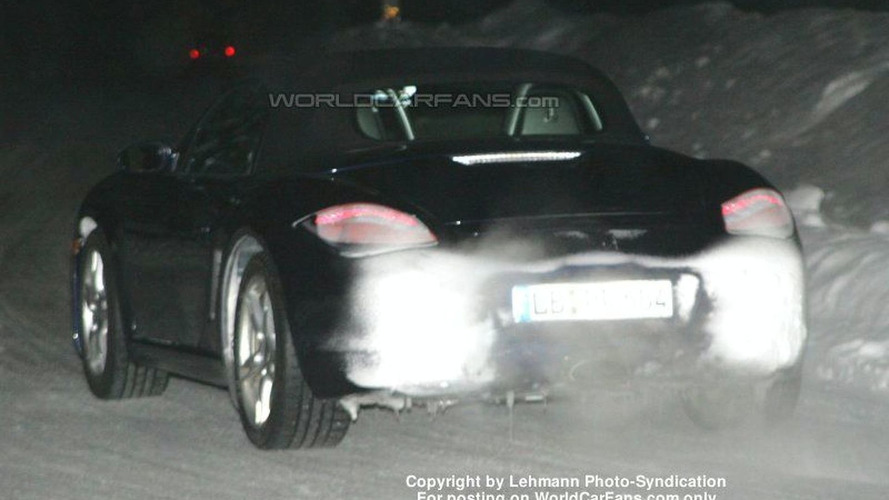 Sooner than expected we can show you pictures of the facelifted version of Porsche's Boxster during winter testing in northern Scandinavia...

Sooner than expected we can show you pictures of the facelifted version of Porsche’s Boxster during winter testing in northern Scandinavia and on the road near Stuttgart. The Boxster underwent a restyling in 2004 already once before, so the new one can be expected in 2008.

The car will then get a new front bumper with LED daylight driving lights as well as re-designed and much rounder air intakes. The headlamps are disguised too, so we guess that they also will get a new shape.

Further more a new rear bumper, and completely new taillights with LEDs are included in this major restyling. Technical improvements are for now still unknown as are changes to the interior.

The photos are showing a test car at night on wintry roads in Sweden.