China is a vast country with an impressive landscape. In Guizhou, a province nestled in the southwestern part of the country, the terrain is especially mountainous. This has led to some impressive infrastructure, with some of the world’s tallest bridges calling the province home. However, there are some stunning roads, too, like the one in the video above. It sits high above the landscape, though still dwarfed by the green mountains around it.

The mountainous terrain makes installing your typical highway exits a challenge, though engineers have found a creative solution – a “high-speed“ turnaround, unlike anything we’ve seen before. The highway exit for Houhau, China is only accessible on one side of the road, so drivers going in the other direction weren’t able to access it. To rectify this, engineers installed a turnaround that connects one direction of traffic with the other, according to Chinese state media on Facebook. 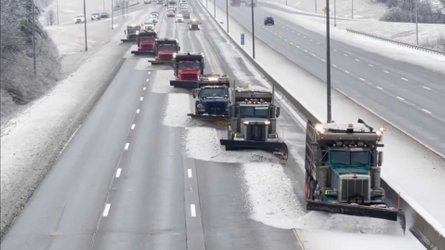 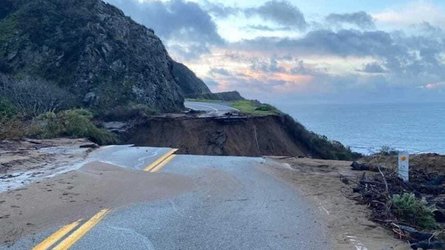 The steep terrain made it difficult to add an exit on both sides, though the massive turnaround, which has a speed limit of 40 kilometers per hour (25 miles per hour), would seem quite challenging in its own right. The tall concrete pillars and the thin ribbon of pavement cut through the green countryside in stunning juxtaposition. It certainly serves a useful purpose that may even help a wayward traveler heading in the wrong direction. However, there doesn’t appear to be any nearby recourse if the driver misses this turnaround.

China has exploded its growth of expressways to nearly 150,000 kilometers (93,205 miles), adding about 10,000 km (6,213 miles) per year to its expansive system. That number exceeds the US, which boasts around 95,000 km (59,030 miles of expressway). It’s a start difference considering the US and China are approximately the same size. If China continues to add to its expressway system, we’re likely to see more impressive roads in the future.