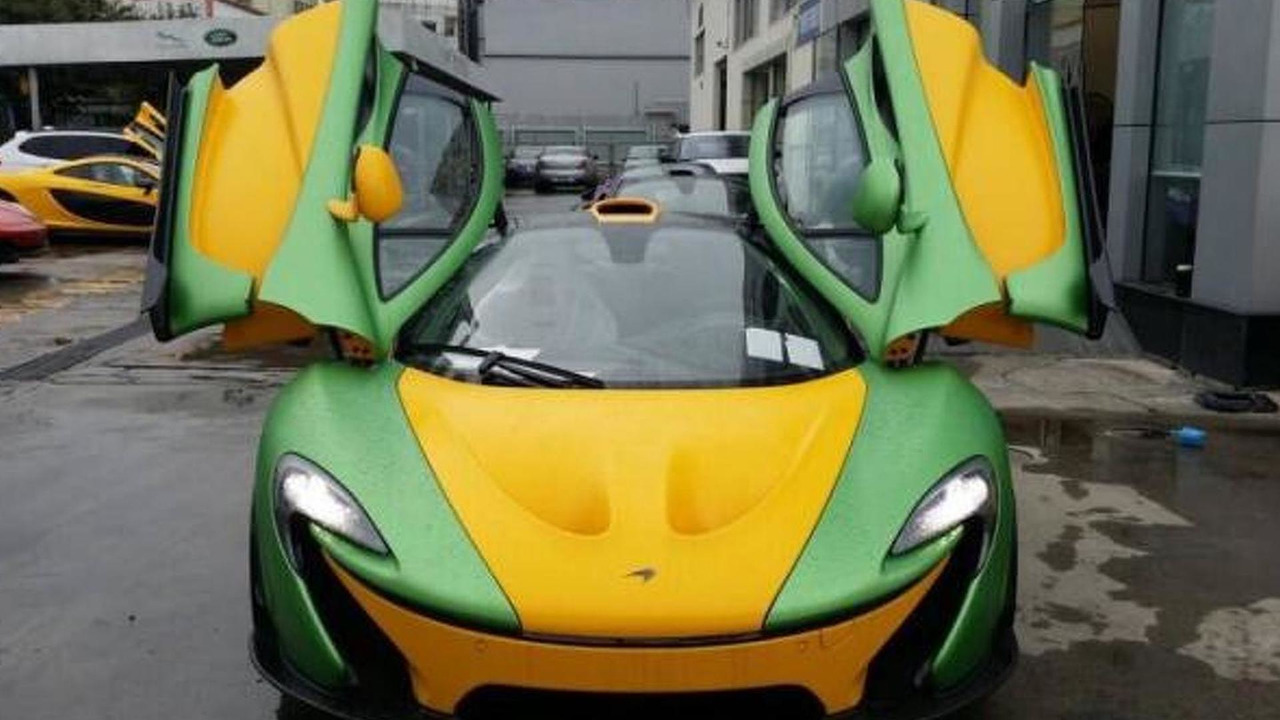 A McLaren P1 featuring a rather tasteless color combination has been spotted in China.

A McLaren P1 featuring a rather tasteless color combination has been spotted in China.

The supercar has received an unusual metallic green + bright yellow exterior livery which certainly doesn't do the P1 any justice as it looks tacky and basically ruins the design. Yellow was used for the hood, bumpers and roof while green was applied onto the pillars, wings and fenders. To top it all, the rear spoiler has a red & yellow & blue scheme, like a reversed Romanian flag.

Hopefully this is just a body wrap rather than the work of McLaren Special Operations as it would cheapen the brand's image since it would mean that basically all is possible in terms of customization as long as the check clears.