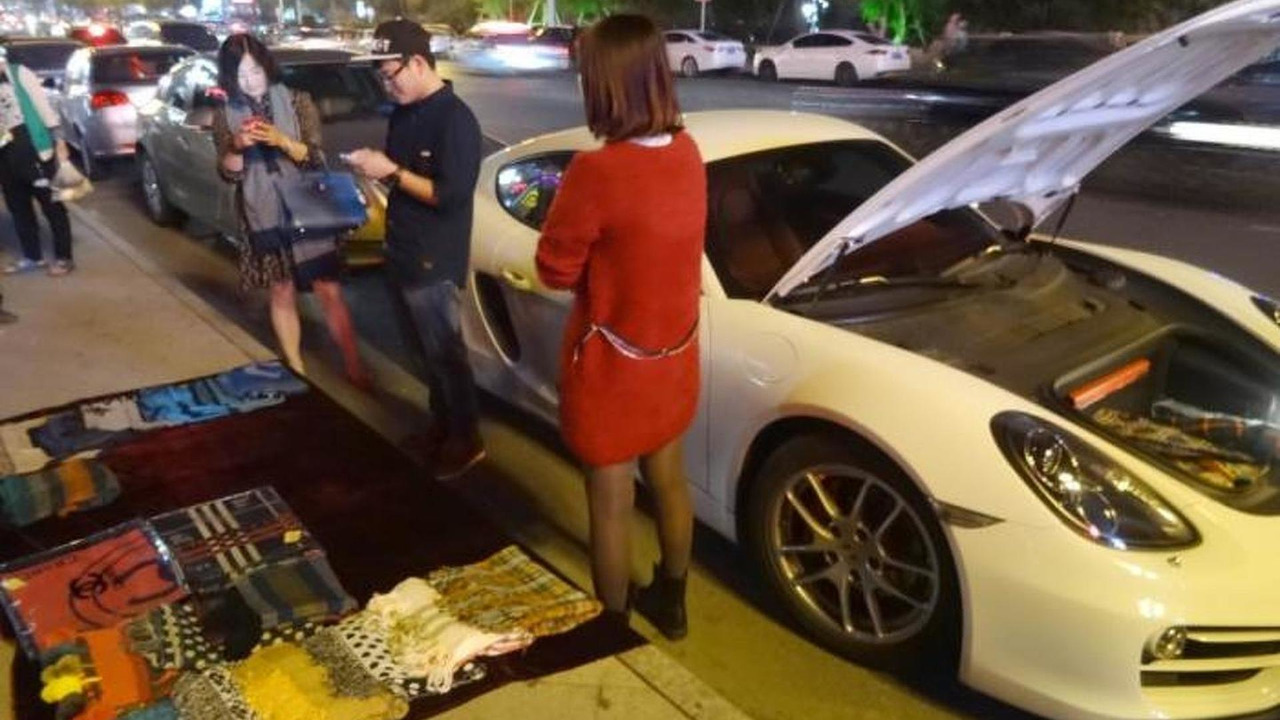 The owner of a brand new Porsche Cayman decided to sell some of his scarves in order to buy gasoline.

The owner of a brand new Porsche Cayman decided to sell some of his scarves in order to buy gasoline.

A rich youngster from the province of Zhejiang in eastern China recently received from his beloved parents a brand new Porsche Cayman and decided to sell a part of his scarf collection in order to get money to fill up the car's fuel tank. He felt bad asking his parents for gas money and set up an impromptu stall right on the sidewalk.

However, it went sour right away as a local police officer saw him and said that it's illegal to sell goods on the sidewalk. The Cayman owner initially refused to leave and the two were involved in a small altercation but he eventually drove off, possibly to another location together with his female companion.