Fully camouflaged Ferrari LaFerrari XX spied up and close, to debut in December 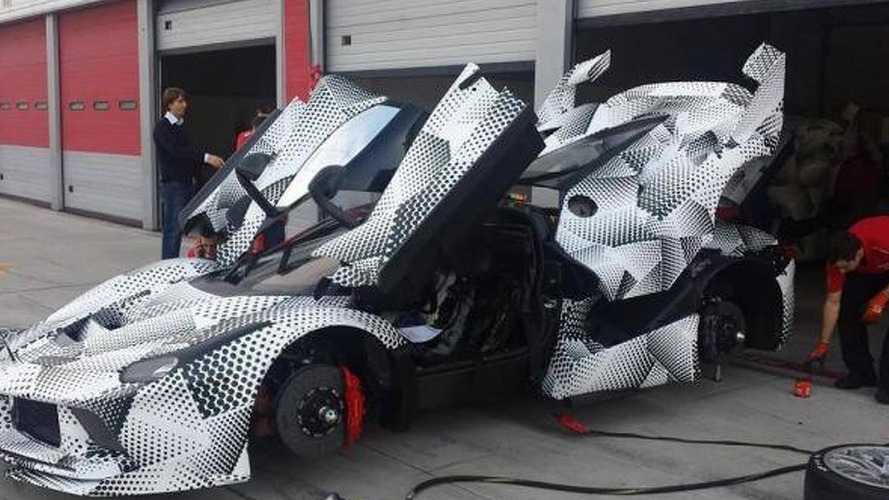 The Ferrari LaFerrari XX has been spied testing on the Adria Raceway in Italy.

It was last week when we saw the track machine tackling the Paul Ricard circuit in France and now we have close exterior and interior photos to share. The prototype is heavily camouflaged and carries a massive two-part rear wing. This is also the first time we can take a look at the interior of the model

According to our source, the machine will be officially revealed during the Ferrari Finali Mondiali event in Abu Dhabi, scheduled for December 3-6. Previous reports have suggested the LaFerrari XX will be powered by a modified 6.3-liter V12 engine and a tweaked electric motor. The track beast is expected to generate as much as 1,050 HP (772 kW). Production will reportedly be limited to only 30 units.