A strong performance in difficult circumstances.

The moose test aims to assess how well vehicles can avoid a rapidly appearing obstacle. As a worst-case scenario, it often gives way to two-wheeled antics, tire blowouts, and a fair share of cone fatalities. Km77’s latest video showcases how the latest Fiat 500e takes on the challenge.

With a starting speed of 46 miles per hour 74 kilometers per hour, the first test goes quite well. The driver does take out a cone on the outside of the entry into the first turn, but we’ll strike that down to driver error. The vehicle appears to be very balanced at all stages of the maneuver – there’s a whiff of understeer but that’s a very good thing for a road car.

While there was a foul at the start of the first test, the 500e managed a final result of 46.6 mph (75 km/h) with no cone fatalities. It might not sound like much, but these are very impressive results for such a petite vehicle on a small tire. The Fiat seen on the video is sat on a set of 205/45 R17 Continental ContiEcoContact6 tires – a tire that favors efficiency over performance.

While other tests at higher speeds revealed a lack of grip at the front axle, it’s clear that this is a very difficult situation for any car. The final slalom test produced very similar results as the moose test with the Italian icon maintaining its composure at a speed of roughly 43.5 mph (70 km/h). 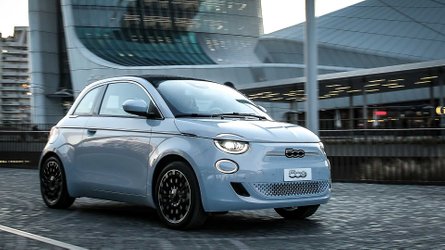 Fiat Poised To Be All-Electric Automaker By 2030 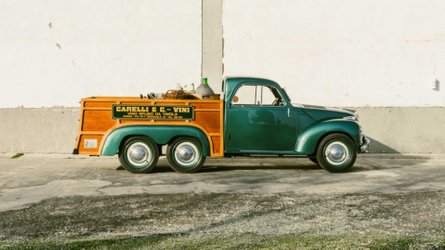 It would be easy to strike this down as a very average performance for the Fiat 500e. We’ve seen worse and we’ve seen better, but the 500 of the future appears to be road-worthy.