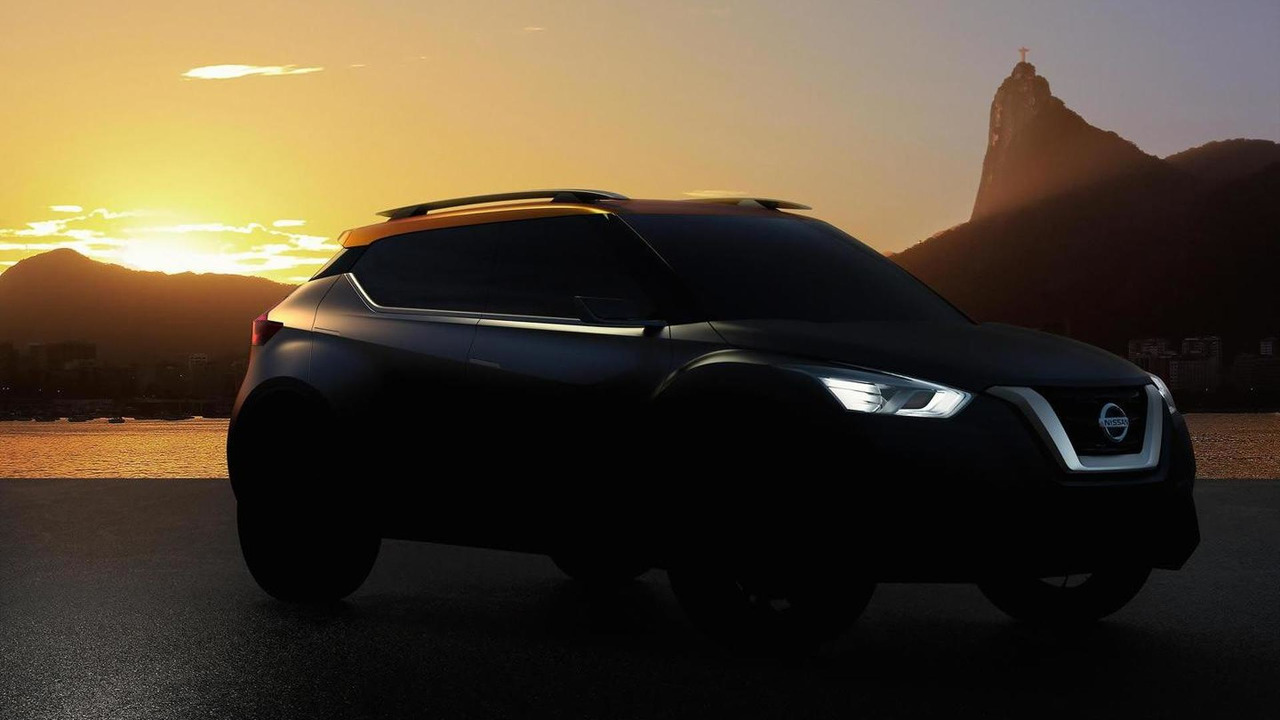 Nissan has released a new teaser image for a concept set to debut at the 2014 Sao Paulo Motor Show.

Nissan has released a new teaser image for a concept set to debut at the 2014 Sao Paulo Motor Show.

The concept depicts a B-segment crossover which will likely serve as a preview for a production model slated to come out in 2015. Nissan hasn't released any details about this concept but the teaser image shows compact dimensions with very short front and rear overhangs, an increased ride height and roof rails.

We also notice a prominent front grille with a big logo in the center while the side profile shows automatically retractable door handles and sculpted wheel arches. The silver body has been combined with an orange roof which could indicate the production model will be offered with various customization options. The concept rides on big alloy wheels wrapped around in chunky off-road tires and it appears to have LED headlights.