The future doesn't have to be completely silent.

The death of the internal combustion engine has been greatly exaggerated. Yes, we are heading towards an electric era, but the good ol' ICE is not giving up without a fight just yet. The Volkswagen Group has been toying around with the idea of synthetic fuels long before "Dieselgate" was even a word and it's not the only large company attempting to keep the "noisy" powertrain alive.

Take for example Toyota. The Mirai is not exactly the most exciting car in the world, but it is one of the cleanest since only water comes out of its exhaust tip. This JDM-spec Corolla Sport hatchback also feeds on hydrogen as the midsize sedan, but it still has a combustion engine. The fuel used is one hundred percent pure hydrogen without even a single drop of gasoline.

Its hydrogen engine emits close to zero CO2 emissions when in use, "except for the combustion of minute amounts of engine oil during driving." Toyota goes on to say these engines "burn hydrogen while taking in oxygen in the air, as in the case with gasoline engines, a certain amount of NOx is created in the process."

Automakers Are Not Abandoning Hydrogen Tech Yet: 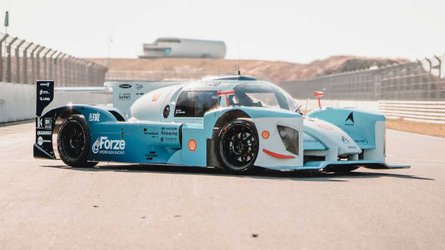 Hyundai Gets Involved In Developing A 805-Horsepower Hydrogen Race Car 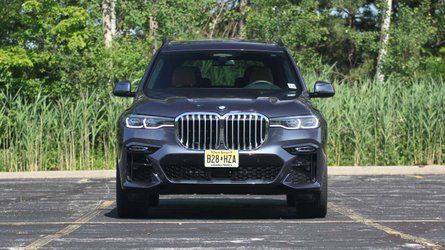 By keeping the ICE alive, it means the Corolla hatch here can still deliver a pretty good engine soundtrack while being nearly carbon neutral. The work-in-progress prototype with a turbocharged 1.6-liter three-cylinder engine gets its juice from renewable energy produced at the Fukushima Hydrogen Energy Research Field in Japan.

While it's no inline-six or V8 song, the sound generated by the engine is not half bad considering it's only a three-pot. It also behaves much like a conventional gasoline engine, as explained by racing driver Hiroaki Ishiura: "It's not as different (from normal gasoline-powered vehicles) as I had expected. It feels like a normal engine. (If I'm not told anything) I'd probably think that this is one normal engine."

We'll be seeing more of the Corolla Sport next month as it will be tested during a 24-hour endurance race as part of the Super Taikyu Series. The compact hatchback is interesting not just because of its unique engine, but also due to its all-wheel-drive system adapted from the GR Yaris. There have been rumors of a GR Corolla with the supermini's AWD system and its three-cylinder turbo engine, but Toyota remains tight-lipped for now.