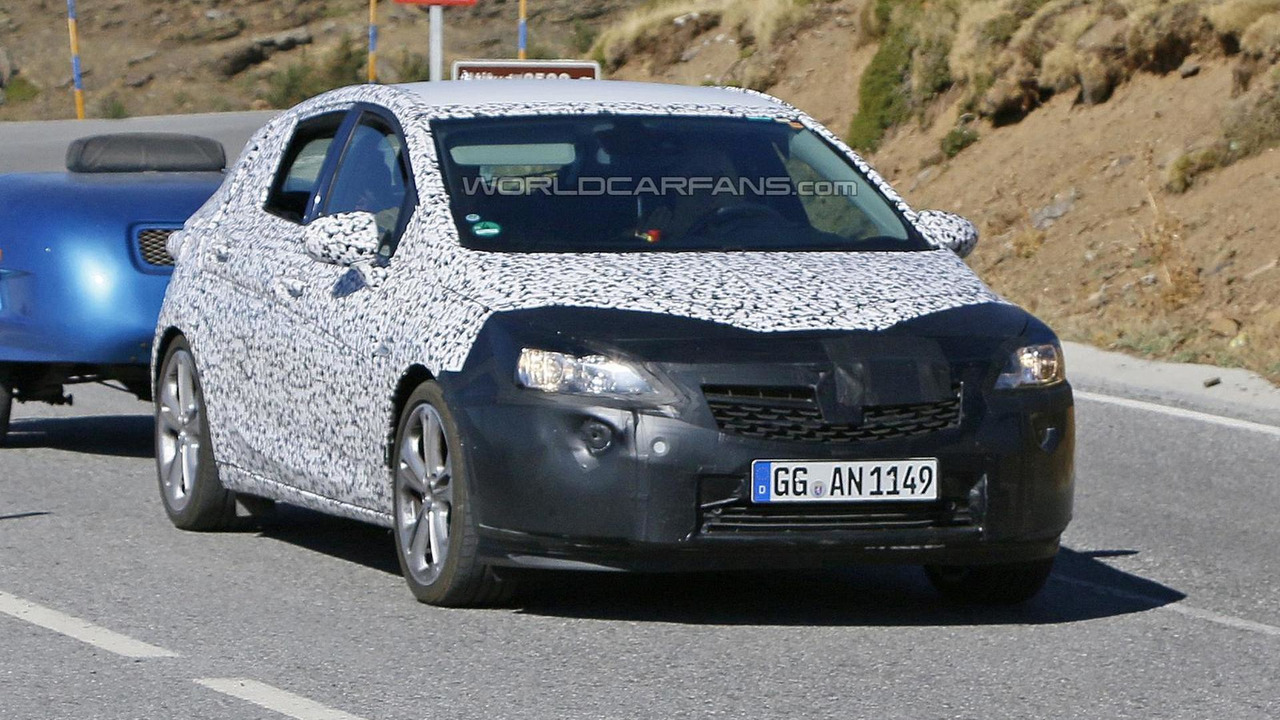 Despite the heavy disguise, it's easy to see the Astra K won't be a major departure in terms of styling compared to the current generation although it is believed some design cues will be borrowed from the Monza concept. The changes will be skin deep as the model is expected to lose as much as 220 lbs (100 kg) and there are also talks of a rear independent suspension, although Opel has not confirmed plans to drop the Watts link configuration.

Opel has launched a series of powerful turbocharged gasoline and diesel engines lately and many of them will be seen in the new Astra, topped by a four-cylinder 1.6-liter with approximately 284 HP (209 kW) in the OPC version already confirmed for a 2017 debut. Other candidates for the engine lineup include a 1.6 CDTI diesel with 110 HP (81 kW) and 136 HP (100 kW) along with a punchier 1.6 SIDI Turbo rated at 200 HP (147 kW).

The next-gen Opel Astra hatchback will be introduced in the second half of next year and will be followed by the wagon, coupe and sedan body styles. Production will take place in Ellesmere Port, UK and Gliwice, Poland, representing the first time when the Astra is entirely produced outside homeland Germany.