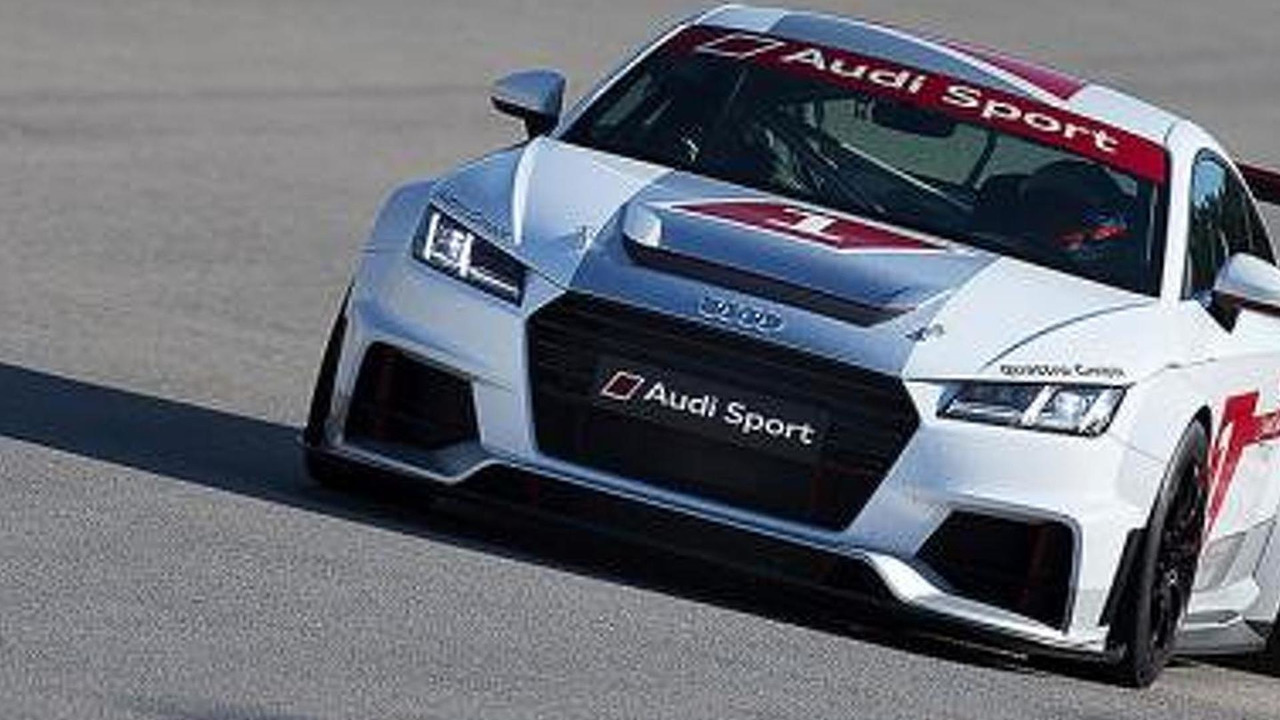 The series will be launched next year and Audi says "at each of six DTM events in Germany and neighboring countries, two races of the Audi Sport TT Cup are planned." quattro GmbH will prepare and field 24 cars and six will be reserved for rotating guest drivers. The remaining 18 spots are open and Audi is accepting applications at www.audi-motorsport.com effective immediately.

As for the car itself, it has been equipped with an aerodynamic body kit that includes a carbon fiber front splitter, extended fender flares and a massive rear wing. The model also has Matrix LED headlights and a center-mounted single exhaust.

The stripped out interior has a multi-function steering wheel, a digital instrument cluster and a roll cage. There's also a fire extinguishing system and a PS1 safety seat from the R8 LMS ultra.

Power is provided by a 2.0-liter TFSI four-cylinder engine that develops 310 PS (228 kW) and "over" 400 Nm (295 lb-ft) of torque. However, the model will have a push-to-pass function that temporarily allows the engine to develop an additional 30 PS (22 kW). Other notable features include a six-speed S tronic transmission, an electronically variable active differential and a 1,125 kg (2,480 lb) curb weight.

According to Audi Technical Development boss Dr. Ulrich Hackenberg, “The Audi TT is an icon and continues to epitomize powerful sportiness and emotional design in what is now its third generation. For me it was clear that a driving machine like the new Audi TT belongs on the race track as well. With the Audi Sport TT Cup we have found an exciting approach. The TT is going to thrill fans and drivers.”