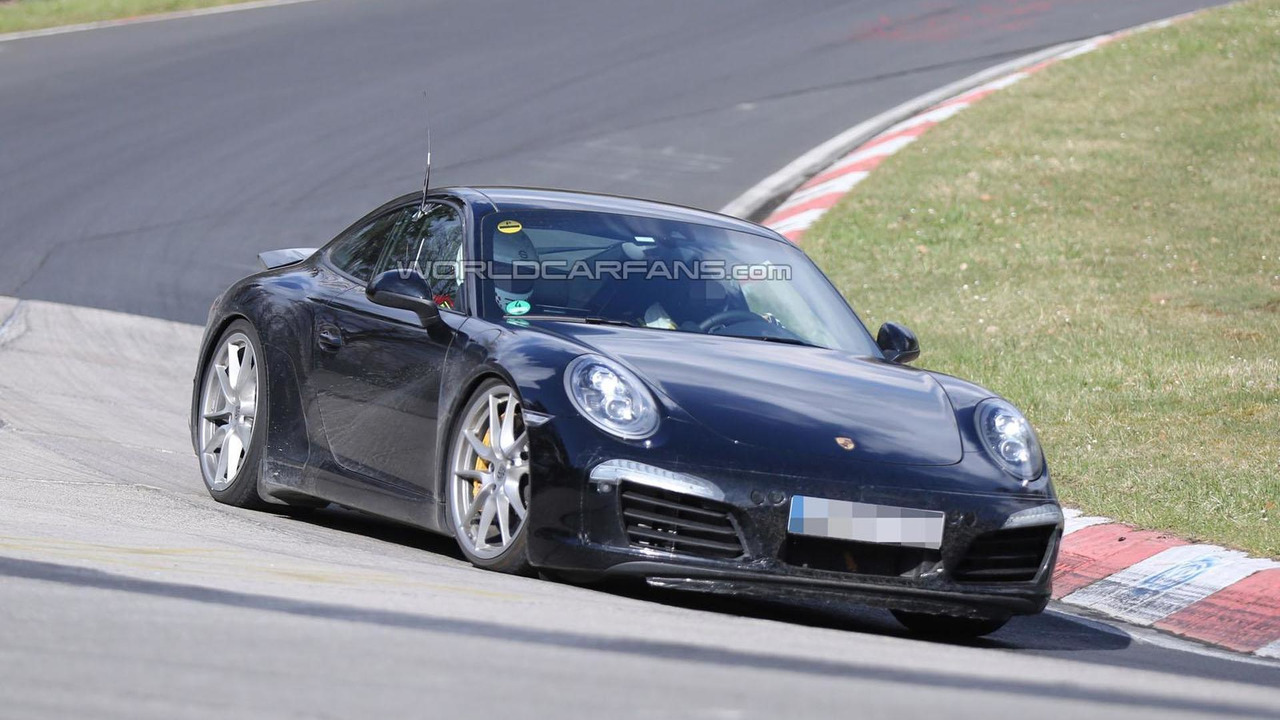 The refreshed 911 range will allegedly be introduced next fall and all versions except for the GT3 will be powered by a turbocharged engine. It is believed Porsche will reduce the displacement of the Carrera's flat-six 3.4 to 2.9 liters and combined with the turbo it will allow the engine to develop approximately 400 bhp (298 kW) and 400 lb-ft (542 Nm).

As far as the Carrera S is concerned, it will continue with a 3.8-liter displacement but Porsche's engineers will slap on a turbocharger to bump output to a rumored 530 bhp (395 kW) and 520 lb-ft (704 Nm) of torque. This means the 911 Turbo / Turbo S will probably be taken closer to the 600 bhp (447 kW) area to justify their existence in the range.

The only model across the 911 range to continue naturally aspirated will be the GT3 which is said to become lighter than the current model that tips the scales at 1,430 kg (3,152 lbs). Consequently, the more hardcore GT3 RS will probably eschew the turbo as well. For the moment it's not known whether there will also be a more radical GT2 derivative, while the recently introduced 911 GTS will probably go turbo as well.