The automaker is already working on all-electric racing cars, so why not make high-performance road cars too?

Hyundai is on a wild streak lately, building high-performance versions of its existing vehicles like the Kona N, revealed today. However, in announcing that sporty compact crossover, the company also teased that it would soon build a full-blown N vehicle based on its all-electric E-GMP platform, indicating that zero-emissions performance will soon be on the menu from Hyundai.

Unfortunately, representatives from the automaker were mum when pressed for details, and the blink-and-you’d-miss-it mention in the N Day video stops short of specifying what sorts of electric and fuel-cell vehicles we might see from the N family. But that won’t stop us from speculating. For one, Hyundai is about to take electric vehicles racing with the Hyundai Veloster N ETCR touring car. Set to make its debut in June, the Veloster N ETCR features four electric motors – two per each rear wheel – taking power from a single 65-kilowatt-hour battery.

Lessons from the Veloster N ETCR program seem to have informed Hyundai’s high-performance aspirations, evidenced by the RM20e concept that debuted last year. The RM20e prototype, which was developed in partnership with Rimac, boasts a wild 810 horsepower (596 kilowatts) and 708 pound-feet (960 newton-meters). Hyundai claims a theoretical sub-3-second sprint to 60 miles per hour.

However, neither the Veloster race car or the RM20e prototype make use of the company’s E-GMP architecture, which the company specifically mentions in its N Day video. That leads us to believe that the first EV from the sub-brand will likely be similar to the Kia EV6 GT, which boasts 577 hp (430 kW) and 546 lb-ft (740 Nm). The forthcoming Hyundai N EV may take the form of the retro-modern Ioniq 5 large hatchback, as on the unofficial N Line rendering below, or it might be something totally different altogether.

And then there’s the question of high-performance hydrogen. Hyundai mentioned its prowess with fuel-cell vehicles, which electrolyze hydrogen to generate electricity (with pure water vapor as the only byproduct). Currently, the Nexo is the only hydrogen vehicle in the company’s US lineup, offering just 161 hp (120 kW) and 291 lb-ft (395 Nm) from its single front-mounted electric motor. Although that power rating and a top speed of 111 mph don’t exactly scream “performance car” to us, fuel cells could still make speed by adding a second electric motor and applying the technology to lighter, sleeker form factors. 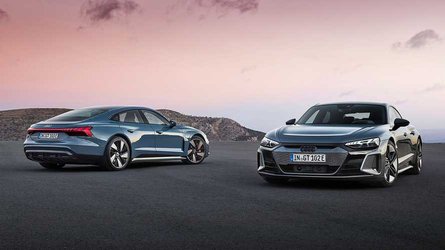 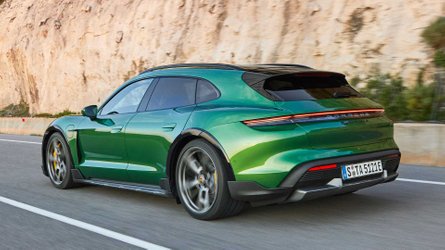