Does Chevrolet take pride in the Corvette? Owners certainly do, and ever since the American sports car received its mid-engine makeover in 2019, it's remained a sweetheart for Chevy fanatics while also impressing the world with its bang-for-buck performance. We also know there are all kinds of nifty Easter eggs hidden in and around the C8, and we thought we'd seen them all by now.

A recent video from Drive 615 shows us otherwise. This short walkaround video doesn't dive into the engine bay or the various features of the 'Vette's infotainment screen. Instead, this is a case study of just how many times a manufacturer can hide a logo on a car. We already know about all the tiny Corvette wings used on the rear glass instead of normal round frits. This is done to shield adhesives under the glass from UV rays. We also knew about the hidden Corvette flag on the speaker grille between the seats, and of course you'll see a 'Vette logo as part of the startup splash screen on the digital speedometer.

Look closely at the taillights, however, and you'll find another tiny logo on the lower inside edge of the housings. Moving to front there's another emblem in the lights, this time on the outer edge of the headlights. The Corvette wings are found on the driver-side base of the windshield along with Team Corvette lettering, and if you move to the passenger side of the windshield you'll see a small likeness of Zora Arkus-Duntov, the man who first envisioned a mid-engine Corvette over a half-century ago. 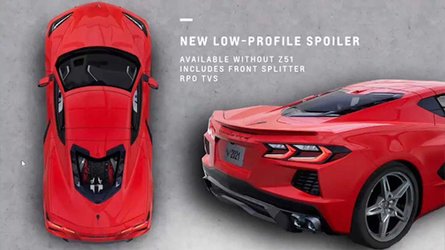 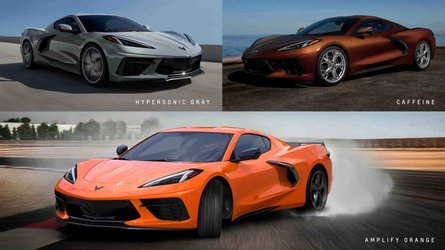 A sticker in the driver door jam features the Corvette logo. It's included on the Stingray door sills. You know it's on the back of the seat headrests, but did you also know the texture of the trim between the seats is literally filled with little 'Vette wings? How about the logo stamped on the side seat strap near the headrests, or the one on the key fob? No, not the big colored emblem, but the other one on the side of the fob. Yeah, Chevrolet is very keen to remind people the C8 is no Ferrari.

Is it excessive? That's certainly debatable, but it seems Corvette owners love it so it's tough to fault Chevy for giving buyers what they want.