Porsche highlights the insane steering wheel on the 919 Hybrid 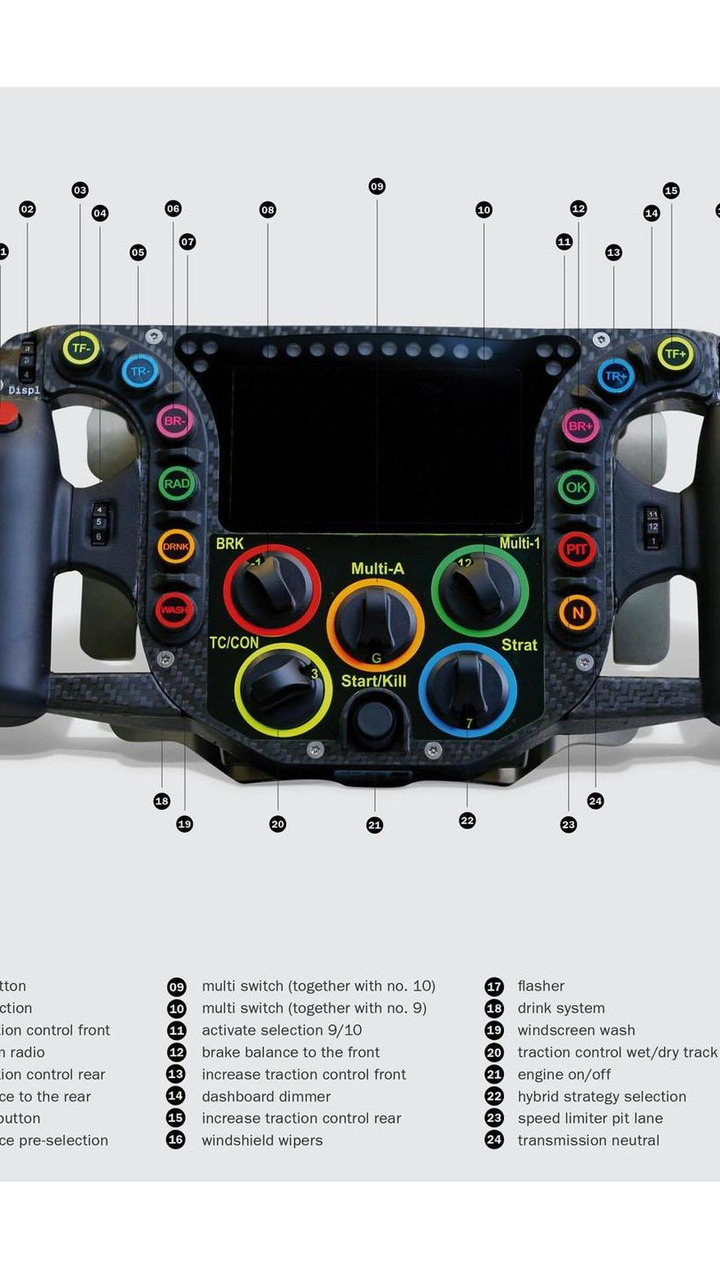 We haven't heard too much about the Porsche 919 Hybrid lately but the company has just released some new details about the car's complex steering wheel.

We haven't heard too much about the Porsche 919 Hybrid lately but the company has just released some new details about the car's complex steering wheel.

Described as a virtual "computer" in the hands of racing drivers, the steering wheel has 24 buttons and switches on the front and six paddles on the rear. The steering wheel also has a multi-function display that shows everything from the car's speed to the charge status of the lithium-ion battery.

Porsche says the most frequently used buttons are positioned along the top outer edge, so they can be easily reached by the driver's thumb. The right blue button controls the headlight flasher - which causes the headlights to flash three times to warn slower vehicles that are about to be passed - while the red button on the opposite side is the boost / overtake button which delivers a temporary increase in performance.

While that's definitely a lot of information to process when you're traveling at breakneck speeds, Porsche says the buttons and switches have a fluorescent coating - which is illuminated to a black light - to make them easier to recognize at night.

Gallery: Porsche highlights the insane steering wheel on the 919 Hybrid