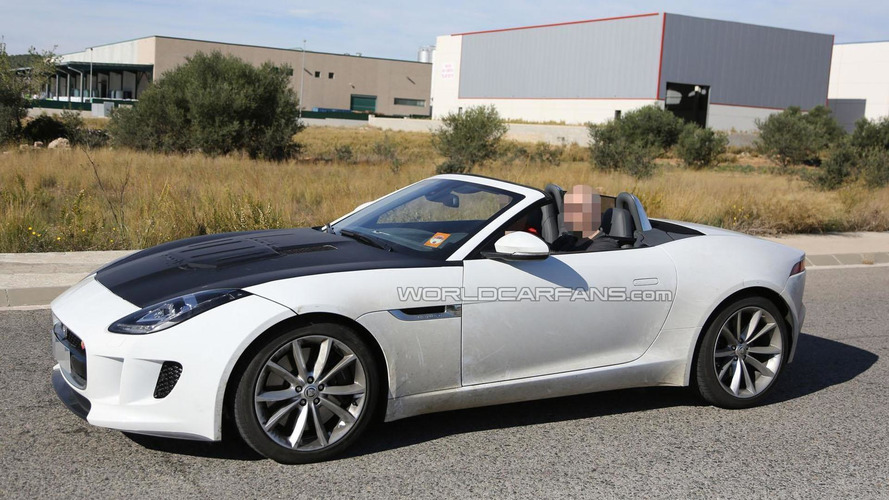 Designed to help increase the model's appeal in colder climates, the all-wheel drive system will reportedly be offered on models equipped with six- and eight-cylinder engines. However, it remains unclear if it be available with the six-speed manual transmission.

Interestingly, Car Magazine is reporting the addition of all-wheel drive will require a bulging hood to accommodate the front driveshaft and differential. Our spies have previous spotted an F-Type with a new hood but, at the time, it was believed to be an entry-level four-cylinder variant.

Regardless, the all-wheel drive F-Type will reportedly debut at the Los Angeles Auto Show later this year.