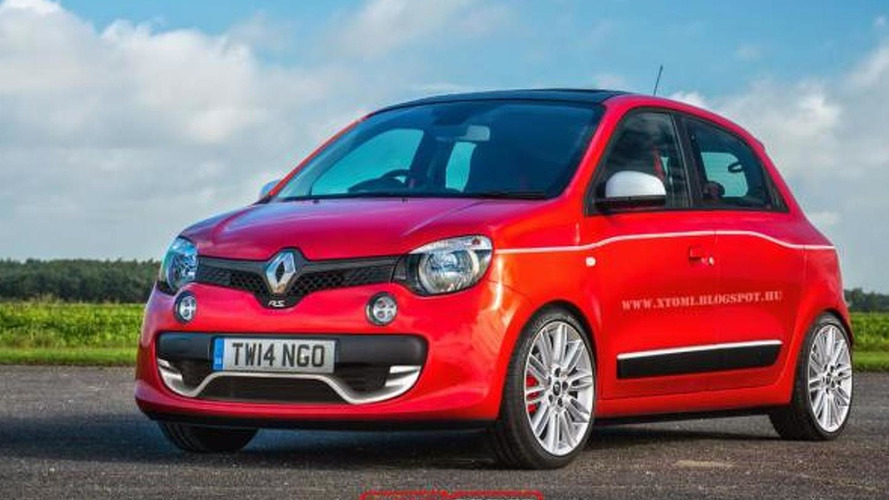 The Hungarian independent artist decided to use the "RS" badge when developing the attached renders but we already know from Renaultsport boss Patrice Ratti the more potent Twingo will use the "GT" moniker since it won't have enough muscle to be worthy of the "RS" designation. We also know for sure the vehicle won't be more powerful than the defunct Twingo RS which packed a 135 HP (99 kW) punch from a naturally-aspirated four-cylinder 1.6-liter engine.

The upcoming Twingo GT will likely use a three-cylinder 0.9-liter turbocharged engine which in the standard car puts out 90 HP (66 kW) but it will be tweaked to an estimated 110 - 120 HP (81 - 88 kW). The added oomph will be matched with a more aggressive body as seen in this render and there's also going to be a dual exhaust system which was spotted in spy shots we published back in July.

Renault has not revealed a launch date for the Twingo GT but it will likely come out sometime in 2016.