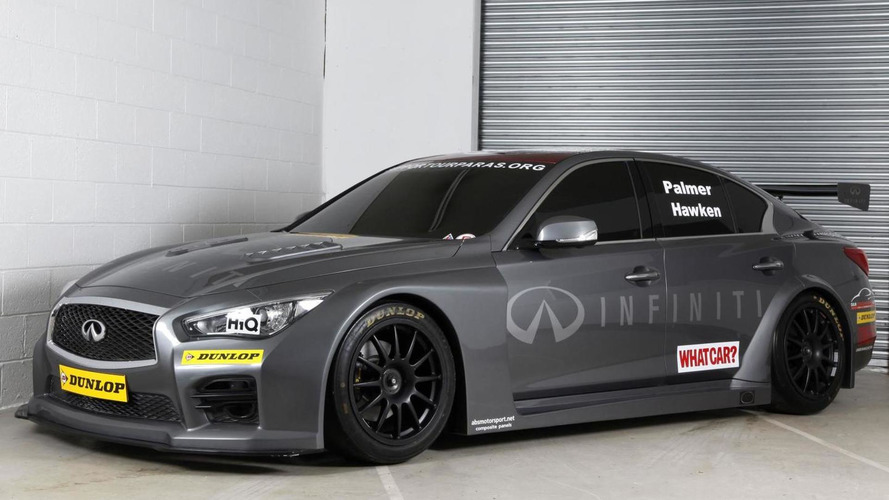 Infiniti and Support Our Paras Racing have revealed the Q50 race car that will be entered into next season’s British Touring Car Championship.

Infiniti says “the aim of the team is to specifically help raise awareness and funds for Support Our Paras, the official charity of The Parachute Regiment, one of the most iconic Regiments in the British Army”. The team, overseen by Derek Palmer, will consist of a number of injured Paratroopers “who will work on the cars to prepare them not only for race weekends, but also maintain their maximum efficiency throughout the hectic schedule of a BTCC season”.

The two Infiniti Q50 race cars will be driven by Richard Hawken and Derek Palmer Jr. The team will be operating out of a newly-refurbished HQ at Mallory Park.

Infiniti hasn’t released any details about the race car but more information is expected in the coming weeks.