Do we see shades of Camaro in there?

We've been visiting the official GM Design Instagram page for a while now. We've seen everything from wild trucks to interior renderings and cool race cars, all of which offer some interesting insight into the designing minds behind the American automaker. This particular post from April 21 is no exception, as it has us scratching our heads in several areas and wondering if this is something more than just a flight-of-fancy.

For starters, it wears a Chevrolet Bow Tie in the grille but doesn't match any single vehicle in Chevy's lineup. That said, the forked corners at the headlights are certainly reminiscent of the Silverado 1500 pickup. Wheel arches and narrow windows are vaguely similar to the Chevrolet Blazer. As for the weird notch at the C-pillar, that's a mystery though it could be a radical interpretation of the floating-roof design seen on the Trailblazer. And maybe, just maybe, the grille is a smaller example of what we see on the new Equinox design.

That's a section-by-section critique, but there could be something a bit more radical going on here. The grille feels more car-like in origin, and the tall beltline almost seems too tall for a typical crossover. You must see where we're going with this, but to help make the connection, put your hand over the back half of this rendering and tell us what you see. If your answer is Camaro, congratulations – you're not the only one with such thoughts. The grille design with the chiseled chin and the narrow greenhouse definitely exude some Camaro attitude, and those big wheels look they wear low-profile tires. Just saying.

Could Camaro Or Corvette Become A Crossover? 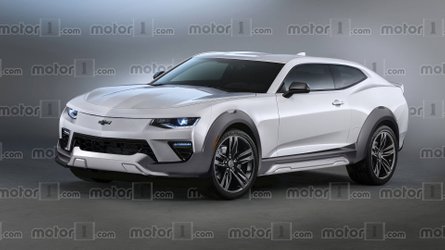 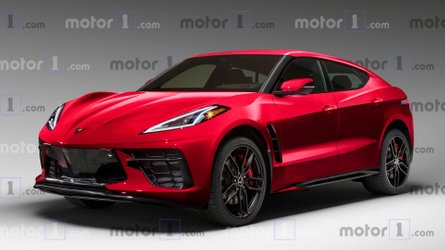 Here's where this Instagram post gets even more interesting. Included in the list of hashtags is the word future. Could this be a concept-in-the-making? Might GM be teasing a forthcoming model? Perhaps designers are previewing future design cues like the notches by the headlights and the notched C-pillar. And yes, we'll say it – just maybe, this is a concept of a future Camaro crossover poised to do battle with the Mustang Mach-E. Are we off the deep end into wild speculation? Absolutely, but hey, anything's possible.

All that said, what do you see in this rendering, Motor1.com readers? Let your ideas and conspiracy theories run wild.