Next generation BMW 5-Series Touring spied testing at the Nurburgring 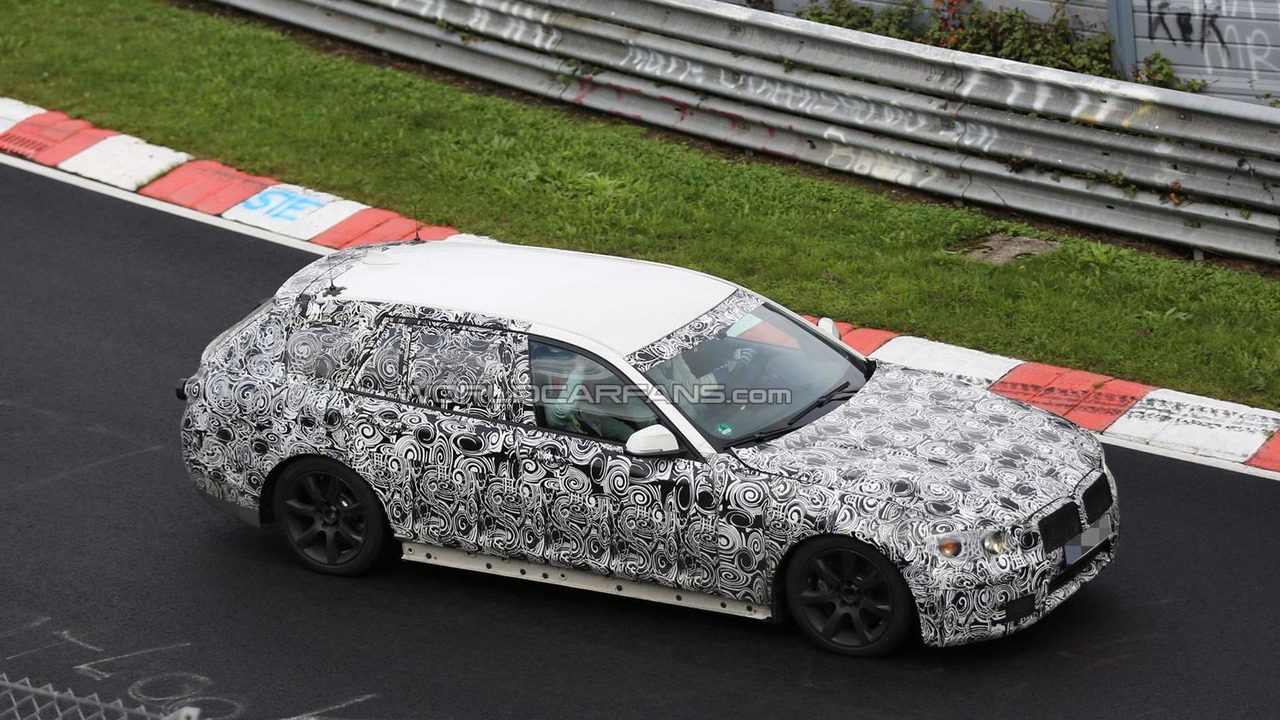 A prototype of the 2016 BMW 5-Series Touring has been spied undergoing testing on the Nürburgring.

A prototype of the 2016 BMW 5-Series Touring has been spied undergoing testing on the Nürburgring.

It's been a while since we last had something to share about the next-generation BMW 5-Series but now a heavily camouflaged early prototype was spotted 'Ring testing and hiding what appears to be an evolutionary design. Previous rumors suggested the mid-size Bavarian model would borrow design cues from the beautiful Gran Lusso Coupe concept but it seems BMW has decided to play it safe and just apply a moderate nip & tuck rather than overhauling the design.

While the styling might not represent a major departure, everything else will as the next-gen 5-Series is expected to ride on the "35up" platform and lose as much as 220 lbs (100 kg) thanks to a lightweight construction which will include the use of carbon fiber reinforced plastic (CFRP). Engine lineup is believed to include a six-cylinder 3.0-liter turbodiesel with 347 HP & 660 Nm as well as an interesting quad-turbo M550xd version packing 408 HP & 750 Nm.

The range-topping M5 will reportedly come out in 2017 with as much as 626 HP (460 kW) and will be offered with an optional all-wheel drive setup. At the other end of the spectrum, the lower curb weight could allow BMW install a small three-cylinder turbodiesel rated at 150 HP (110 kW) which would grant the vehicle with a fuel consumption of only 3.9 liters / 100 km. A plug-in hybrid version is planned as well and could adopt a four-cylinder 2.0-liter gasoline engine working together with an electric motor.

The next-gen BMW 5-Series Sedan is expected to go on sale in July 2016 while the Touring derivative seen here should hit the market in November. The criticized "hunchback" 5-Series Gran Turismo version will make a comeback in 2017.