RevoZport sharpens up the Volkswagen Golf GTI and R 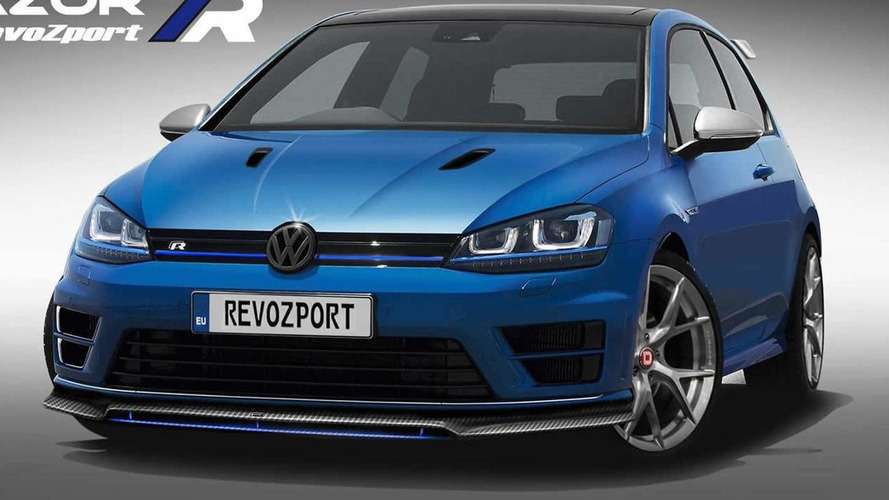 RevoZport has released an upgrade program for the Volkswagen Golf GTI and the meaner R.

RevoZport has released an upgrade program for the Volkswagen Golf GTI and the meaner R.

First up, the Golf VII GTI has received a more aggressive body featuring carbon fiber front spoiler lip, side skirts and rear lip along with a roof-mounted wing and a vented hood also made from carbon fiber. It now benefits from a titanium exhaust system which is 50 percent lighter than the stock stainless steel exhaust together, along with a stage two induction and remapped ECU which has bumped output of the four-cylinder 2.0-liter turbocharged gasoline engine from 230 HP (169 kW) to more than 290 HP (213 kW).

The Golf VII R has similar body tweaks which include a carbon Kevlar composite hood with cooling vents and ducts, carbon rear spoiler and wing, as well as bigger alloy wheels and a double deck front splitter. By installing a new intake system, titanium exhaust and ECU, the four-cylinder 2.0-liter turbo engine has gained an extra 40 HP (29 kW) so it now develops 340 HP (250 kW).

Gallery: RevoZport sharpens up the Volkswagen Golf GTI and R