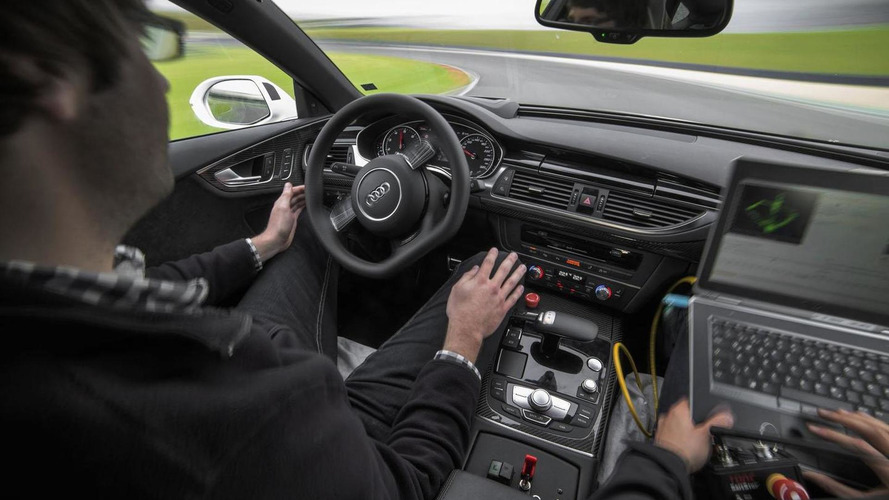 Audi has released new details about the RS7 piloted driving concept, ahead of its demonstration on the Hockenheim at the DTM season finale on October 19th.

Audi has released new details about the RS7 piloted driving concept, ahead of its demonstration on the Hockenheim at the DTM season finale on October 19th.

While the RS7 piloted driving concept looks virtually identical to the standard model, it has been packed with technology which allows the car to drive itself.

Audi declined to go into specifics but confirmed the model will use "specially corrected" GPS signals - that are accurate down to a centimeter - to help determine its position on the track.

The car also has a 3D camera which sends images to a computer where they are compared against graphical information stored on board. Audi says the system searches for "several hundred known features, such as building patterns behind the track, which it then uses as additional positioning information."

Thanks to all this techno-wizardry, the RS7 will "drive a clean racing line at the Hockenheimring – with full throttle on the straights, full braking before the corners, precise turn-in and perfectly metered acceleration when exiting the corners." The company goes on to say the prototype is expected to hit a top speed of 240 km/h (149 mph) and have a lap time of approximately 2 minutes and 10 seconds.

In a statement, Audi Technical Development boss Prof. Dr. Ulrich Hackenberg said “We are pressing forward with one of the most important trends in the automotive world with our technical solutions for piloted driving." He added, "A lap time of just over two minutes and lateral acceleration of up to 1.1 g speak for themselves.”